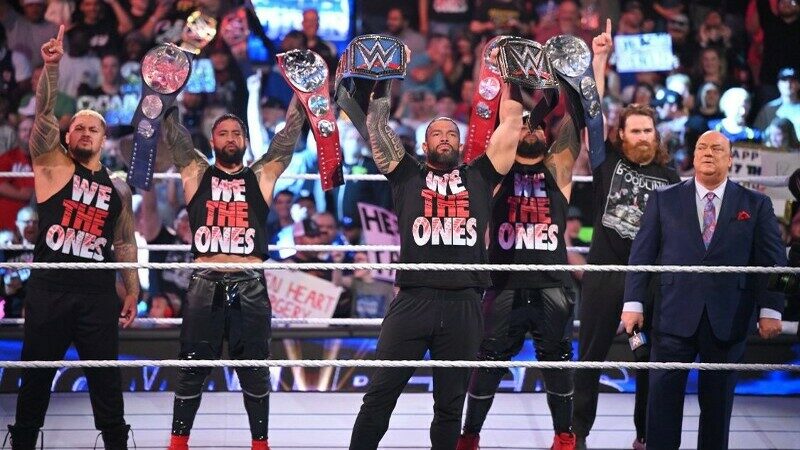 Roman Reigns confirmed Sami Zayn will not be at WWE Crown Jewel, stating Saudi fans ‘don’t deserve’ to see him after fans chanted ‘We Want Sami’ at the press conference.

Bobby Lashley and Brock Lesnar are two of the biggest names in the wrestling business. Fans have wanted to see the two collide in the ring since Lashley’s second return in 2018. He returned on the night after WrestleMania and has since gone on to be the focal point on the red brand.

It looks like Vince wasn’t invested in bringing two of his biggest names together, but Triple H wants to see them together and bring about a sense of peace to the WWE Universe. The seeds of this feud were sown three weeks ago when Brock Lesnar returned and F5’ed Bobby Lashley.

This week on the go-home episode of Raw, the two fought off and created a moment that even the creative head, Triple H had to come out to clear things up. During a conversation with CBS Sports, Lashley outlined how he thinks of this story and what is the way forward.

There’s been years and years of lead-up because of the way things have come together with us. I don’t think this is the last time we’re going to see each other. I think until the end of my career or the end of his career, there’s always going to be a Bobby and Brock. Right now, I look at the score as one for me and zero for him. If it’s two for me and zero for him after Crown Jewel, I’m sure he’s going to be coming back for another one. He’s got to avenge his losses.

Lashley is no longer the United States Champion, so this fight isn’t for the championship. It’s more of a get together of two major names who want to give the fans their all while keeping the anticipation going. It could also be a build up to a match at WrestleMania 39.

Do you want to see them fight it out in the Hollywood version of The Showcase of the Immortals? Chime in.

Trump Stunned By Real Diamond & Silk Cause of Death