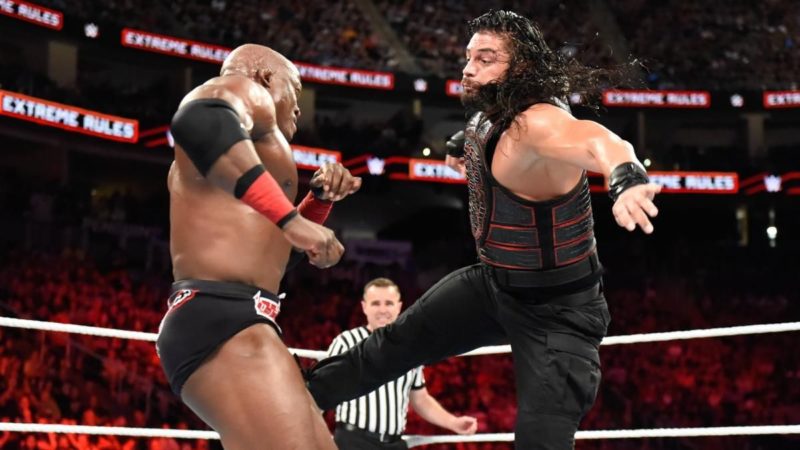 Bobby Lashley is the former United States Champion. He lost the title last week to Seth ‘Freakin’ Rollins and it looks like things will be different for the performer going forward. It puts Bobby in a position where he has to figure out what to do next.

Lashley does have Brock Lesnar as his opponent at WWE’s Crown Jewel. WWE has booked this marquee match and wants to test if this can be played at a bigger stage than Crown Jewel. WWE knows that everything can be done if things are done well, and Triple H is an expert at it.

Bobby Lashley was the latest guest on Notsam Wrestling to discuss a wide variety of subjects. He was asked when he plans on retiring. He thinks that his peers will give him the correct date and time for it to happen. He wanted to hang up the boots at 40. It was his thought at 20, but he is 46 years old already and things are already looking on the up and up.

He was asked if he would want to dethrone the current WWE Universal Champion Roman Reigns. Bobby was up for the challenge and wanted to be ready for the conversation around it. Bobby is an experienced person who knows the game and can be a legit competitor to take down Roman Reigns.

It’s interesting to see how things will play out in the new regime. Triple H is all about opportunities and new moments. Will it also involve a match between two powerhouses? Does WWE want to give this a thought or a try in the coming days or months?

What do you think of this possibility? Sound off in the comments.