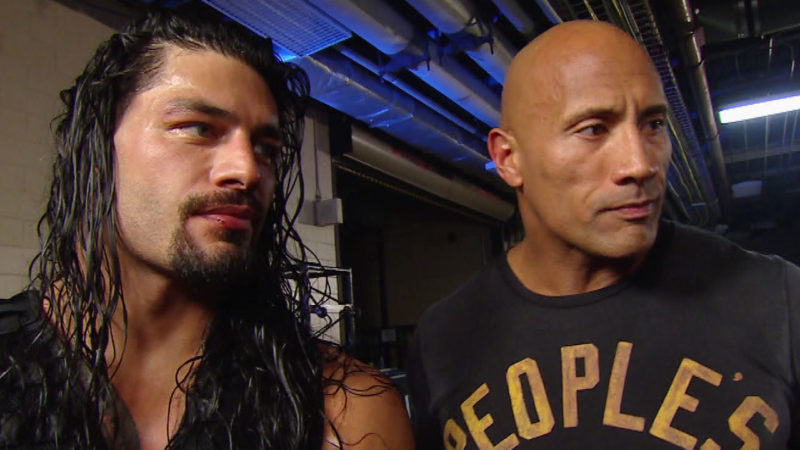 We’ve heard rumors and reports throughout the years that WWE has been hoping to pit Roman Reigns against The Rock on The Grandest Stage of Them All. With the Big Dog and the Great One working together several times in the past, in and out of the WWE, it’s only natural that we’d get to that point eventually.

The dream match was mentioned to Roman Reigns earlier today after the WrestleMania 37 press conference. Next year’s event will be held at the SoFi Stadium & Hollywood Park in California, and the former Universal Champion has big plans in store.

I said it earlier, man. If there’s a stadium to hold it…

I mean, everyone’s always, you know, dream-matching me and him. First of all, we’re family so it’s all love, but if there was going to be an event for him to compete in, to perform in, a venue to hold that mass scale of attention that he’s going to bring… it’s right here in your backyard, you know what I mean? Ya ain’t gotta go far.

#WWE Superstar @WWERomanReigns pitches having a match against his cousin .@TheRock at Wrestlemania 37 which will take place at SoFi in Los Angeles. He said it would be a dream match. pic.twitter.com/f6Y2PZoRsq