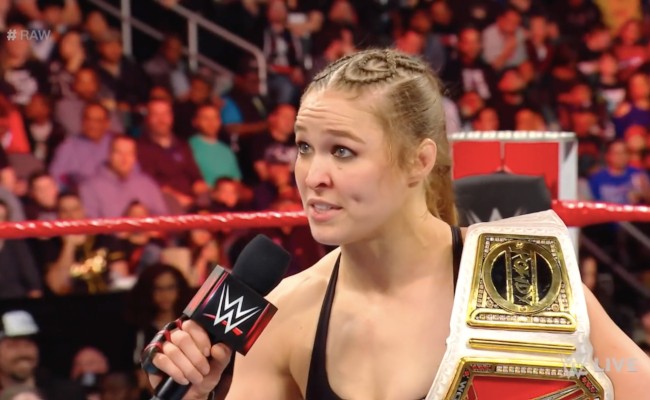 Ronda Rousey will be heading into Wrestlemania undefeated in singles competition and on top of that, she is the RAW Women’s Champion. Now she has broken a record in WWE.

If Rousey leaves WWE following Wrestlemania, she will still remain undefeated because even if she is defeated in the main event match at Wrestlemania, it is still a triple threat match.

As for the record, Ronda Rousey has surpassed Alexa Bliss as the longest-reigning RAW Women’s Champion. Alexa Bliss held the previous record at 223 days which was certainly impressive. Now Rousey is the record-holder and continues to do so as she walks into Wrestlemania.

This does not surpass Alexa Bliss’ record of 396 combined days as RAW Women’s Champion as she has held the title more than once. However, Rousey is closing in on the number with just her first reign.

We will have to wait until Wrestlemania to see what becomes of the RAW Women’s Title picture.