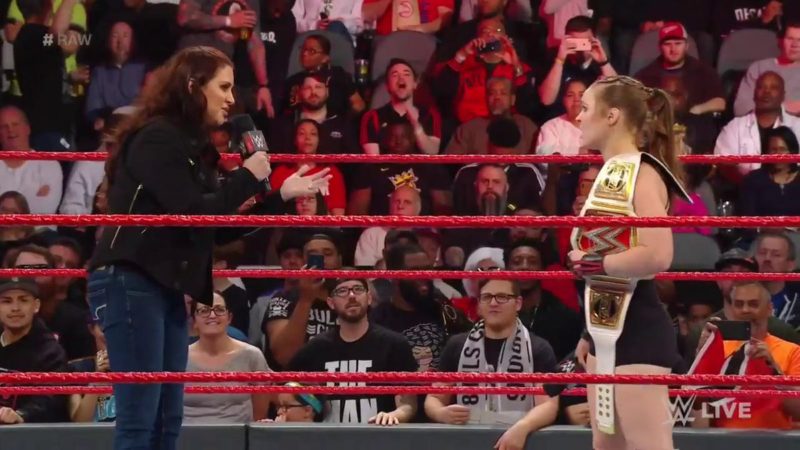 Becky Lynch interrupted Raw once again tonight. After Triple H revealed last week that if she invaded the WWE again before her suspension was up, she’d be arrested, The Man called his bluff, breaking up a tag team match featuring Ronda Rousey.

Rousey was teaming with Natalya to take on Sarah Logan and Ruby Riott of the Riott Squad when Lynch broke through the crowd and assaulted Natalya. Rousey came in to make the save and began brawling with Lynch. Eventually, they were separated by security and police officers.

THIS IS MAYHEM! @BeckyLynchWWE has interrupted the match between @RondaRousey and @NatbyNature vs. The #RiottSquad and is going on a rampage on #Raw! pic.twitter.com/SvLTqBs8wt

While Lynch was handcuffed and taken out of the arena, Ronda Rousey begged for Stephanie McMahon to make the Raw Women’s Championship match at WrestleMania a Triple Threat, including both Becky Lynch and the chosen Charlotte Flair. McMahon said that, though she appreciates her fighting spirit, the answer is no.

What…what did @RondaRousey just do?