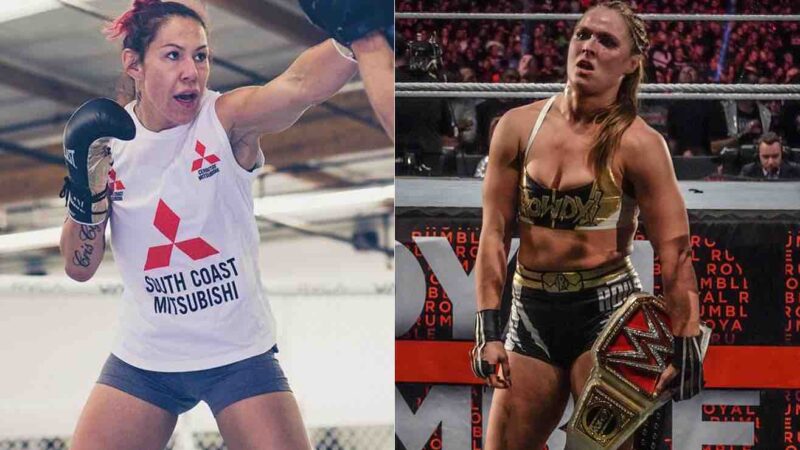 Ronda Rousey claimed that Cris Cyborg is a steroid abuser on The Kurt Angle Show.

She said, “I’m not going to spend my time on somebody who takes steroids and cheats.”

Rousey added that Cyborg should be ‘banned for life’ from MMA and UFC.

Jorge Masvidal is currently one of the top UFC stars but is also one of the most outspoken and controversial ones to boot. Jake Paul also previously leaked a bad series of Jorge Masvidal texts.

Jorge Masvidal recently spoke on an episode of IMPAULSIVE, where he shared his thoughts on Paddy Pimblett and Sean O’Malley.  ‘Gamebred’ acknowledged the entertainment that Pimblett brings but dismissed his fighting skills.

When asked about Sean O’Malley had praise for his skills as a fighter. He still expressed his doubts offer Sean O’Malley’s build.

He’s good. Great athlete. I did see him when he fought Chito Vera, which is another guy that I love a lot, a good friend of mine. He got hurt and then couldn’t continue right. So going forth, is he a little fragile or something? Not like mentally but physically, is he not as sturdy as everybody else? That’s something you gotta wonder. But as far as an athlete and talent goes the kid has it in him. He’s got good timing, great distance, good speed and he’s f***ing huge for the weight class.”