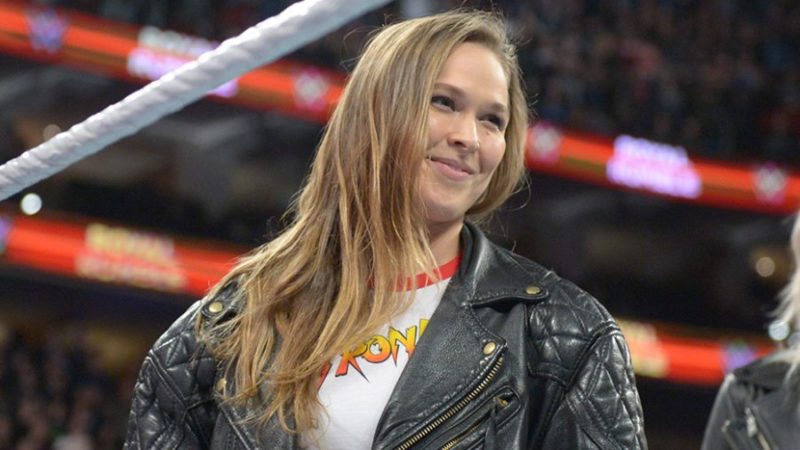 The UFC legend and former WWE star Ronda Rousey recently took to her Instagram account and posted a series of pictures with her husband, Travis Browne. It also featured a picture of herself wearing a swimsuit on her farm. She is celebrating her wedding anniversary with her husband.

Here is what Ronda Rousey wrote in the caption:

“Happy Anniversary to the Sexiest Man Alive! @travisbrownemma My Heart Soul and Universe! My Everything and More! My Sun and Stars, Moon of My Life! HhmmMER to my HmmMEE!!
I can’t believe it’s only been four years, it feels like my life didn’t even start until you were in it. If only I knew when we met one day I’d be barefoot and pregnant feeling your baby do backflips in my belly while proclaiming my love for you and wishing you happy fourth anniversary HolyShit! I’m the luckiest woman alive! Still Best Friends!! I Love You Travis Browne!!!”

Browne had confirmed that he and Rousey were together in October 2015. The following day, Rousey had revealed that she was dating Browne. Rousey and Browne got engaged on April 20, 2017, in New Zealand and they tied the knot on August 28, 2017, in Browne’s home state of Hawaii. On April 21 this year, ‘The Baddest Woman On The Planet’ announced on her official YouTube channel that she is four months pregnant with her first child. The couple had then announced that the child will be a girl.