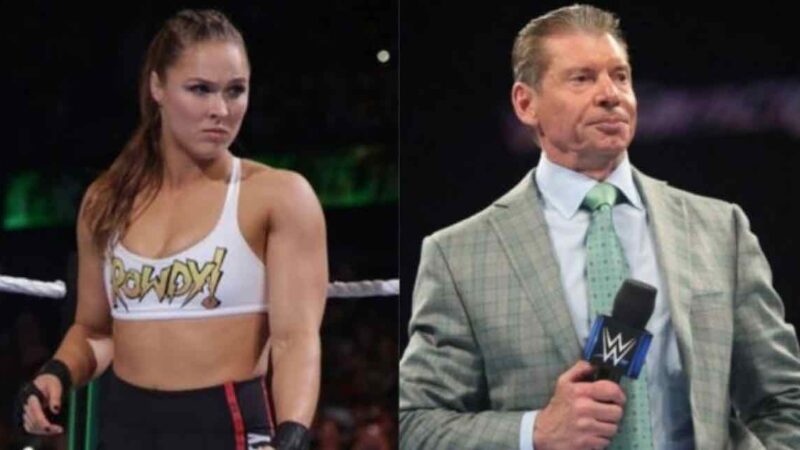 WWE might not include some top champions of the company for the upcoming WWE Hell in a Cell Premium Live Event which is scheduled to take place this Sunday night. It has been noted that the match card is comprised mostly of RAW Superstars. It has been also noted that multiple champions on SmackDown will reportedly not defend their titles at the event. Ronda Rousey will also not defend her title against Natayla, as that match is scheduled for a later date.

The Usos and Ricochet are likely to miss the show

According to WrestleVotes, current Undisputed WWE Tag Team Champions The Usos won’t be competing at the event, and neither will Intercontinental Champion Ricochet. The Usos recently faced Riddle and Shinsuke Nakamura on SmackDown for the titles and successfully defended them.

The report also mentioned Madcap Moss, who returned on the latest edition of SmackDown and he will take on Happy Corbin at the show in a No Holds Barred Match.

“As of last check around 4pm today, no Usos tag title or Ricochet IC title match will be added to the HIAC card. Good news however, yet another Riddick Moss vs Happy Corbin match is scheduled to make the show.”

In an earlier report, WrestleVotes revealed that they were told by a source that the lack of SmackDown matches currently advertised for the Hell in a Cell event is an indictment on the roster.

“The lack of SmackDown matches currently advertised for this weekends Hell In A Cell event speaks volumes. It’s an indictment on the roster a source says. While the “brand split” isn’t ending, for all intents and purposes, it’s shot.”

The current Undisputed WWE Universal Champion Roman Reigns is not booked to compete at Hell in a Cell either. On the other hand, the Intercontinental Title has not been defended in a premium live event in a while. Ricochet is currently involved in a program with Gunther.