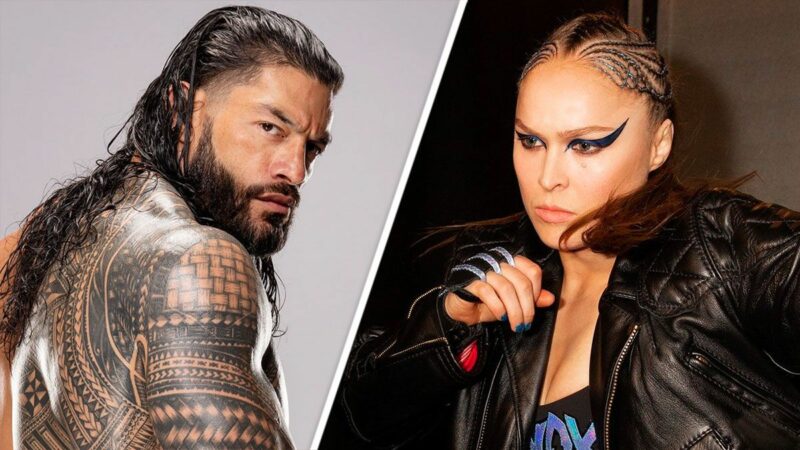 Paul Heyman is one of the integral parts of behind the scene duties in WWE. He is also the ‘Special Counsel’ to the Undisputed WWE Universal Champion Roman Reigns. The former WWE SmackDown Women’s Champion Ronda Rousey recently spoke about possibly having Heyman in her corner as manager.

Ronda Rousey is open to working with Paul Heyman

Heyman is currently on a hiatus. On last week’s edition of “Baddest Stream” on her Facebook Gaming channel a user with the simple alias “Roman Reigns” asked “What do you think of Roman Reigns” into the chat. Her response was straightforward: “I think he’s great.” But she also added, “I’m very jealous he has Paul Heyman as his advocate.”

A few minutes later, another user piped in, “Would you let Paul Heyman be on your side of the ring with you?” And again, Rousey was to the point, saying, “Definitely, without a doubt, without hesitation.”

According to Wrestling Observer Newsletter, Rousey wasn’t scheduled to travel to the UK as of midweek. Therefore, she has been pulled from the WWE Clash at the Castle Premium Live Event.

Rousey was recently fined an undisclosed amount and suspended for her controversial actions at SummerSlam 2022 Premium Live Event. ‘The Baddest Woman On The Planet’ had challenged Liv Morgan in a rematch. She was eyeing to reclaim her gold at the event but failed. The match had ended controversially. Rousey had Liv Morgan locked in an armbar, but the latter was in a half-standing position.

Rousey’s shoulders were pinned to the mat, which prompted the match official to begin his three-count. However, he didn’t see Morgan tapping out as her hand was near Rousey’s feet which were up in the air. Ronda Rousey was quite frustrated with the result, and that did not sit well with her. She attacked the champion and followed it up by attacking the WWE official whom she blamed for her loss.