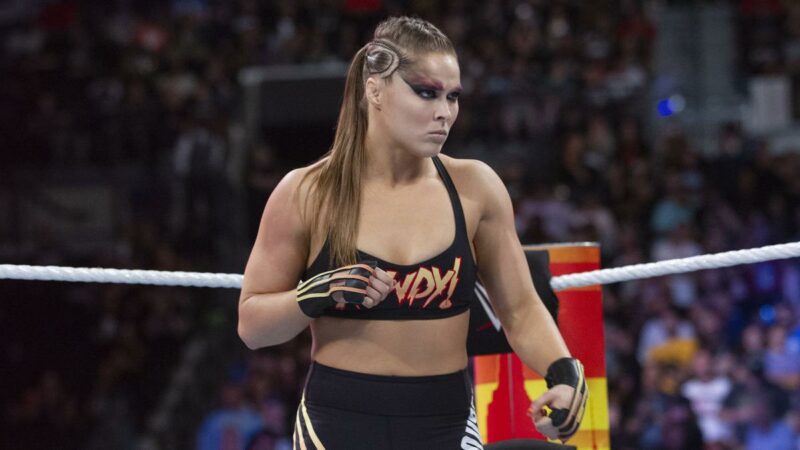 Former UFC Star and RAW Women’s Champion Ronda Rousey had not been on WWE television since WrestleMania 35 back in 2019, where she lost her title to Becky Lynch in a triple threat match in the main event of the pay-per-view, which also featured Charlotte Flair. Ronda just posted a photo with a back side view on her Instagram as well.

Last year, it was reported by the Wrestling Observer Newsletter, Ronda Rousey’s WWE contract was set to expire back in April. It was then recently revealed that Ronda Rousey was expected to make her return during this year’s Royal Rumble Premium Live event. Ronda Rousey came back to a thunderous pop and won the Women’s Royal Rumble match after eliminating Smackdown Women’s Champion Charlotte Flair.

Ronda Rousey took to Twitter and revealed that former WWE Superstar Ember Moon helped train her for her return at the Royal Rumble match. Moon was part of the WWE roster from 2015 to 2021 and is a former NXT Women’s Champion. After a mediocre run on the main roster, she returned to NXT before she was eventually released last year.

Ronda Rousey also previously spoke in a backstage interview and made sure fans knew she wanted to make a statement with her win. She took a shot at Sarah Schreiber’s question and took potshots at her multiple times during the interview.

Rousey, who made her shocking and surprise return to the WWE at the 2022 WWE Royal Rumble premium live event earned herself a shot at a WWE Women’s Championship match against the champion of her choosing at WWE WrestleMania 38. WWE WrestleMania 38 will be held this year at AT&T Stadium in Arlington, Texas from April 2-3. On the following edition of WWE Monday Night Raw, WWE Raw Women’s Champion Becky Lynch asked Rousey to make her decision – however, ‘The Baddest Woman on the Planet’ would state that she would issue her choice on SmackDown this coming Friday night.

Thank you for helping me get ready for #RoyalRumble2022 @AthenaPalmer_FG ! If you want her to train you too check out her school https://t.co/pKsdie1CeC