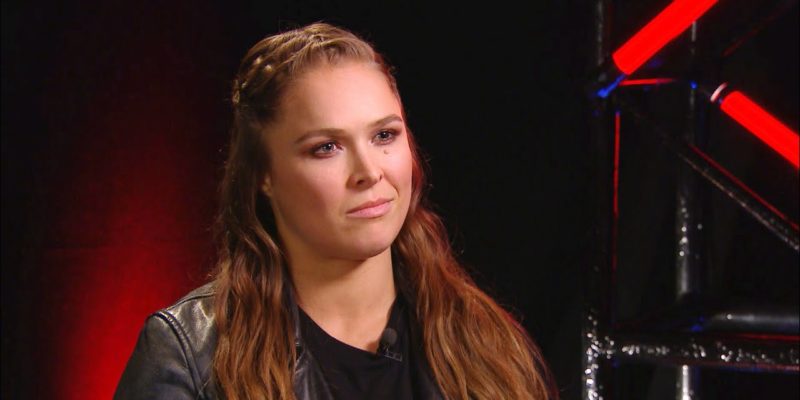 Ronda Rousey shared a Q&A interview from her YouTube channel.  Among other things, she talked about her feud with  Nia Jax, assisting Asuka at WWE TLC.

Her feud with Nia Jax:

“I haven’t seen Nia since TLC. I know that she had a pretty rough day. [Laughs] I think she’s taking some time to heal. She had a title fight and it didn’t go that well, so she can take the time she wants. I consider the issue resolved. I don’t know if she does. Until she messes with me, I don’t have a problem with her anymore.”

On her liking Nia Jax as an opponent:

“Nia is a unique opponent in that she’s much stronger than I am. But being that I come from Judo and it’s all about maximum efficiency and all about the minimum effort, neutral welfare, and being able to overcome size disadvantages and to use an opponent’s momentum against them. I think I’d create a really interesting match-up where all of that power that she has I can use against her and to my advantage.

On her assisting Asuka at WWE TLC:

“I have a lot of respect for Asuka and I’ve always have. I didn’t really want to rain on her parade at the Royal Rumble. I just wanted to come out and congratulate her and bring more eyes to her incredible moment. She didn’t seem too thrilled about that. At TLC, both Charlotte and Becky are a bunch of cheaters, they had it coming to them. I don’t have to explain my actions to anybody. I was completely justified by my actions. Payback is a b—- and Askua deserves to be champion more than either of them. She’s never had to cheat. She never had to walk out of a match because she was losing. She’s just the best and now she’s the champ.”