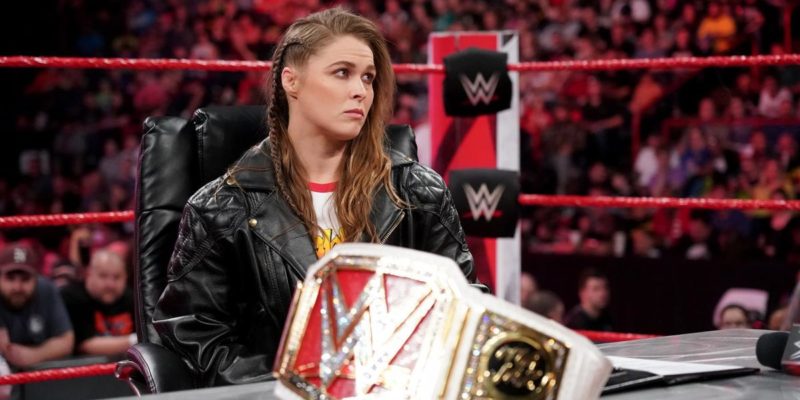 WWE Raw Women’s Champion Ronda Rousey recently appeared on the PWI Podcast with Al Castle and Dan Murphy. Among many topics, Rousey discussed her desire for women to headline Wrestlemania and her dream opponent in the company.

Rousey claimed that she believes it is time for women to headline WWE’s biggest PPV, but that the decision is not up to her.

“Yeah, I would love to be one of the first women to headline WrestleMania. I think it’s time. But it’s not up to me. Even if it’s just somebody [else], I just think it’s time for any women to be headlining WrestleMania. But that’s something that is completely out of my control and so I’m not going to invest any of my happiness in whether that happens or not. Rousey added, “if any women get to headline WrestleMania, I will be just as happy for them as I would be for myself because I just think it needs to happen.”

The Raw Women’s Champion also discussed what former champion is her dream opponent.

“I would really love to wrestle Sasha Banks. I think I’ve just been so impressed watching her work, and see her in the back, and see her work. And I was already a fan of her’s before. I think that we would be able to make something great together and I think she has given a lot of women their best matches ever. But I almost feel like I’m not at the right level yet for her. I really think that we could make something really special and really great, but I don’t know that I’m at the level that’s ready for that yet.”