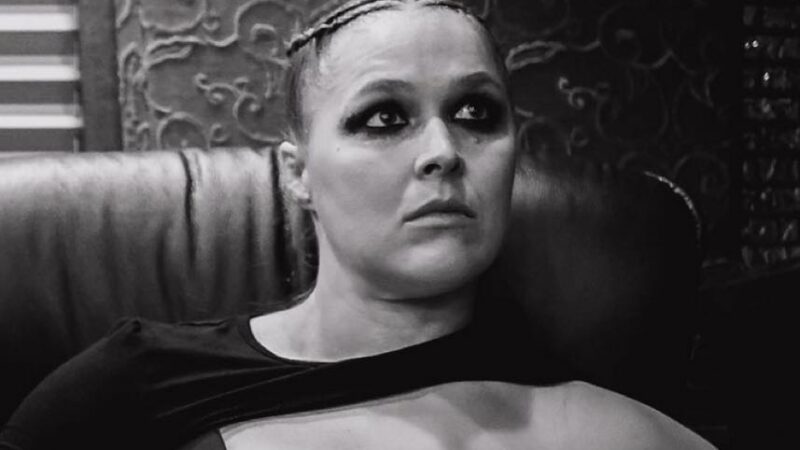 The former WWE RAW Women’s Champion Ronda Rousey has been heavily criticized for her promos. She recently revealed why she had to ask Becky Lynch to filter her promos. Rousey and Lynch were involved in a title feud before WrestleMania 35. They also crossed paths the previous year when they held the RAW and SmackDown Women’s Championships respectively.

While speaking on the Wives of Wrestling podcast, Ronda Rousey said that she is open to involving her family members in a potential storyline. She believes that her husband would make for a great partner, but she doesn’t want to involve her mother. The Baddest Woman on the Planet recalled how she had to tell Becky Lynch to refrain from trash-talking in front of Rousey’s mother, AnnMaria De Mars:

“I think Trav would be down; I think we would have a great time. We would love that. I think my mom might actually like haul off and beat the s*** out of somebody if they said something that p*ssed her off. Like, a 100 percent. I had to, at one point, tell Becky like, ‘hey Becky. I don’t think you can say anything else with my mom, because when she might kill you if she sees you,'” said Rousey.

De Mars seemingly told her daughter that she would break anyone’s arm who talked s*** about her while feuding with Ronda Rousey.

“My mom literally said to me, she was like, ‘these people might pay you to put up with this kind of s***, no one’s paying me if anyone says s*** about me, and I see them in person, I’m going to break their f****** arm,” Rousey concluded.