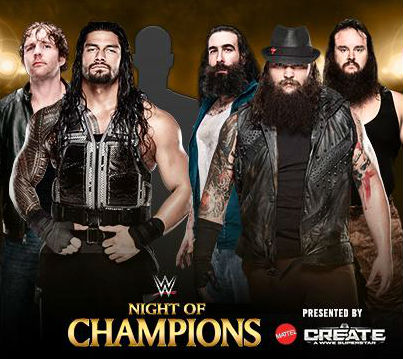 There was a graphic floating around last month that had Baron Corbin shown as the mystery partner for Dean Ambrose and Roman Reigns at WWE Night of Champions against The Wyatt Family.

While we pointed it out that it was fake at the time, Dave Meltzer of Wrestling Observer Radio confirmed that the graphic was indeed fake and Corbin is not scheduled to be the mystery partner.

It was once speculated that Randy Orton or a returning Erick Rowan maybe the partner, but that is not confirmed by any means.

WWE is expected to announce the mystery partner on tonight’s episode of RAW.