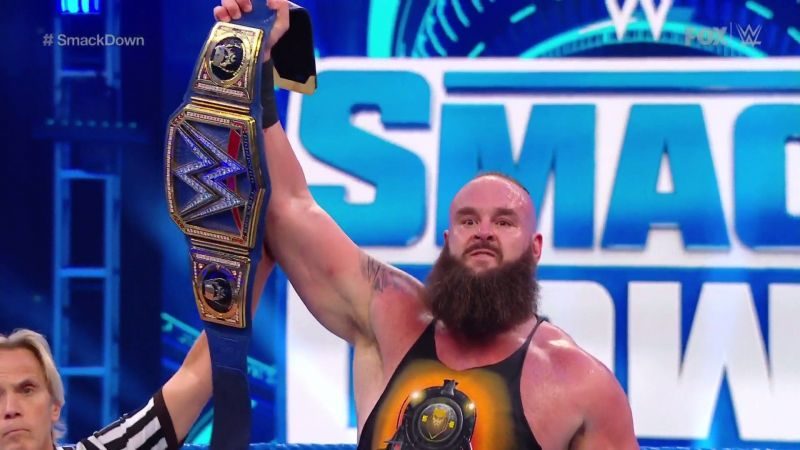 It’s well known that the original plans called for Goldberg to drop the Universal Championship to Roman Reigns at WrestleMania 36 after winning the title from Bray Wyatt.

However, Roman Reigns pulled out of the show due to coronavirus concerns and the company had to alter their plans, putting Braun Strowman in the mix and making him the Universal Champion.

Now reports from SportsKeeda suggest that the company can revert this change at the upcoming Money In Bank PPV scheduled for next month.

The reports suggest the Wyatt can beat the Monster Among Men at the upcoming show to win the championship and later drop it back to Roman Reigns.

This will put them back at the position the company was originally expecting, allowing them the chance to pick up their plans where they left off with The Big Dog as the champion.

Though these reports are not confirmed yet and we will have to wait for the upcoming Money In The Bank PPV to see if the rumors turn out to be true.