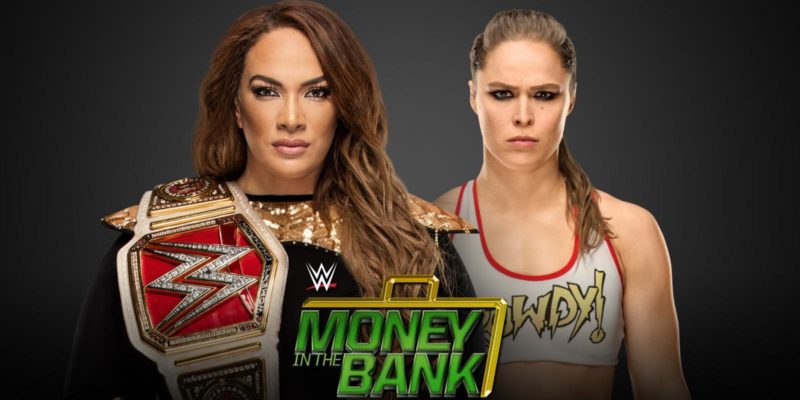 Not many people thought WWE would be rushing Ronda Rousey into a Championship match in her second bout with the company after WrestleMania.

So it was a surprise for fans when the company announced that the former UFC Star will be facing the current Raw Women’s Champion Nia Jax at the upcoming Money In The Bank PPV.

Now Wrestle Votes Twitter account which has broken a few stories in the past has shed some light on why the company decided to book this seemingly out of the place bout.

According to it, WWE was not in a position to have Rousey miss another PPV. Since they didn’t want her in the Money In The Bank match and couldn’t have her losing a qualifying match, the title bout was the only option.

While this explanation makes sense, WWE could have booked Ronda for a non-title singles match against Natalya or Mickie James so it wouldn’t be a surprise if there is some other reason behind this booking.