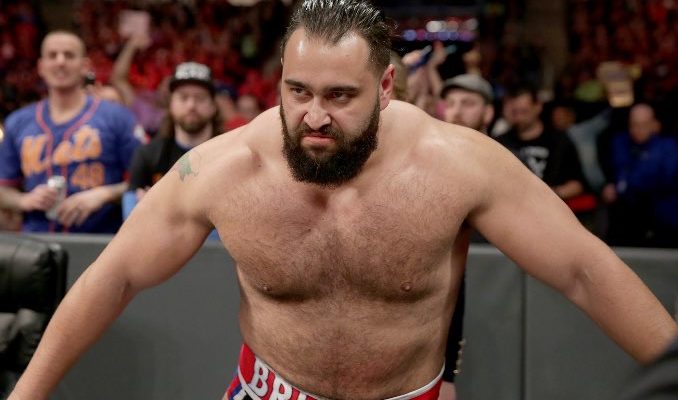 During a recent WWE Instagram Live, former WWE United States Champion, Rusev revealed his shocking new look, as he has decided to go bald and sport a clean-shaven head in the lead-up to WrestleMania 36.

In the on-going coronavirus pandemic, many notable superstars and athletes around the globe have decided to undergo a major appearance change and have been spotted sporting a bald head and by the looks of it, former WWE US Champion, Rusev has also joined the party.

On WWE’s Instagram Live, which also featured the likes of Zack Ryder and Charlotte Flair, the former ‘Bulgarian Brute’ discussed his WrestleMania 32 match featuring The League of Nations and The New Day and while he was at it, Rusev showed-off his new bald appearance.

Rusev has a new look! Rusev is BALD! #WrestleMania pic.twitter.com/XiM96Ekq3b

Rusev is currently not booked for a match at WrestleMania 32 which is set for the 4th and 5th of April at the WWE Performance Center in Orlando, Florida. However, it remains to be seen if the former US Champion will sport his new look on WWE TV in the coming weeks.