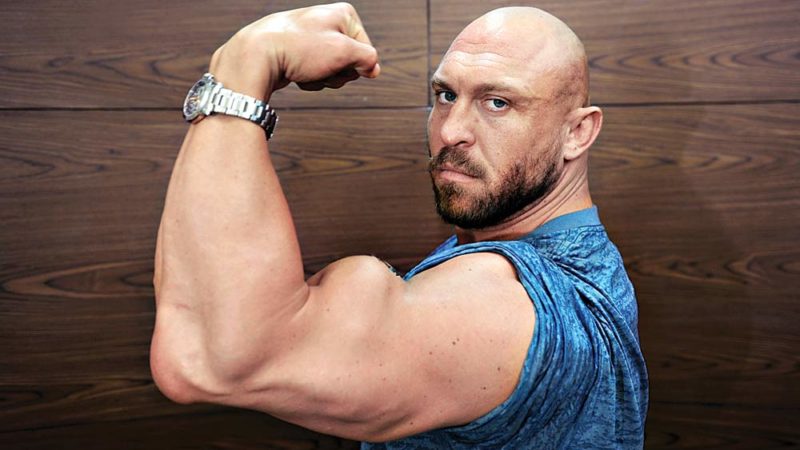 As we reported, Ryback was the only superstar CM Punk singled out in his series of interviews with Colt Cabana, referring to him as “steroid guy” and claiming THE BIG GUY injured him numerous times.

Ryback’s response to this was some tweets which he would later delete, including a Thanksgiving Day shot at Punk’s alleged injuries. He did however promise to tell the truth and spoke about the matter extensively during an interview with The Franchise 107.7. Here’s what he had to say:

“A little harmless fire back never hurts. … I don’t want to harp on this but I will say the comments he made were not accurate about me, definitely. It’s a little disappointing to hear that. He was never like that to my face. To hear the things that he said, especially behind my back to Vince (McMahon), it’s very disturbing to me. Things did not go ideal for me after that time period that we had wrestled and I stuck around, I hung out, I showed up day in and day out, I did my job, and turned things around.

“He goes on record saying I broke his ribs on purpose and this and that. That’s not true. And if it was, if he says that that happened, he never did anything about it, if he’s this big bad tough guy. But it never happened. You’ve got a roster full of WWE talent that knows the real Ryback. Everyone knows the truth and what he said is not the truth.

“I wish him the best and I’d like to think he would be thankful for everything that he has in WWE. I was the one that, for lack of a better word, put him over time and time again. And then he walked out and left. He was beaten up, he had his issues. I don’t think anyone is going to question walking away beaten up. But I think people say ‘what does he have to lose by saying what he does?’ I think he’s making excuses and trying to… he wants people to feel sorry for him for leaving. He walked away and left and just man up, he needed time off. We all get beat up, we all work hurt. I was hurt for seven months before I needed to get surgery. And I say at the end of the day, be thankful for everything that you have from WWE. With any job there’s good and bad. Focus on the good. Don’t be bitter because who knows what’s going to happen down the line.

“But I wish him the best. I don’t want to sit there and get into a war of words, it’s not going to do good for anybody. Hopefully we’ll see him down the line.

“If I was as big, bad, and rough for what he’s saying in the ring and I beat him up so badly that it took 20 years off his career do you think that WWE would have me in the ring with guys like John Cena and Dolph Ziggler and other top WWE talents? No. I wouldn’t be here. I would be gone. We have a roster full of guys that know the truth. He said what he said. I respect his opinion to say what he wants to say, but it’s not true. I know some people are going to believe him, some people aren’t. In a few weeks it’s going to be irrelevant and I’m going to be with the WWE moving forward.”

Below is the audio for those who want to hear it…