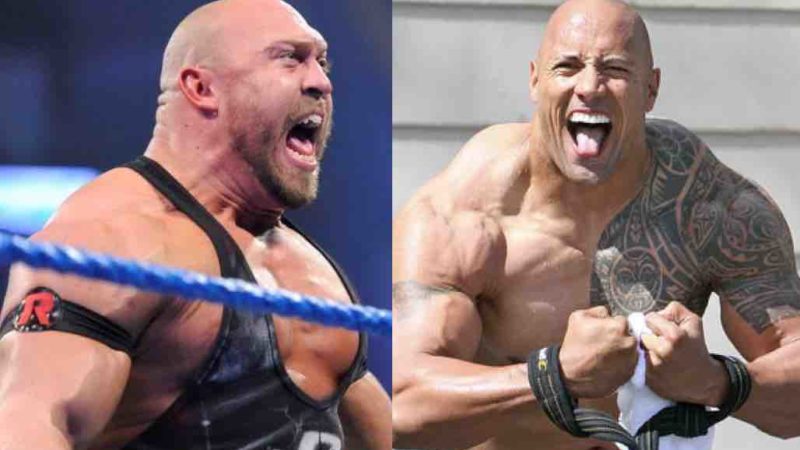 Former WWE Intercontinental Champion Ryback gave some serious praise to WWE’s ‘Great One’ The Rock when he took to social media via Twitter to issue the following:

Never feel bad for any social media hate ever. The Rock gifts a brand new truck with a touching story and the lost souls find a reason to hate on it. Our mindset allows us to either be motivated by stuff or to get angry and find something wrong with stuff. Very cool @TheRock.

The ‘Big Guy’ of professional wrestling is referring to a story in which Dwayne ‘The Rock’ Johnson gifted long time WWE employee and manager Harvey Wippleman [AKA Bruno Lauer] a new car. Rock wrote to caption the video, which you can see below:

My life (especially my teenage years) has been full of the wildest twists and turns – yet God and the universe had always found a way to put a few people in my path that would change the trajectory of the road I was going down.

Meet one of my lifelong friends, Bruno Lauer — or I prefer to call him, “Downtown Bruno”

My mom and I were evicted off the island of Hawaii and I was sent to Nashville, Tennessee to live with my dad.

When I landed in Nashville, I quickly found out I wasn’t gonna live with my dad.

Shit happens, plans change and that’s the way it goes.

Instead, I told I was gonna live with a guy named Bruno. Who at the time lived in a tiny room at a spot called the Alamo Plaza motel.

Bruno could’ve (and should’ve) said hell no, I’m not takin’ in some kid who I don’t know.

He took this punk kid in and we became lifelong friends.

Then ironically – about 9 years later when I had the infamous “$7 Bucks” in my pocket – I started my wrestling career in Memphis, Tennessee and AGAIN – had no place to live and Bruno took me and let me shake up in his trailer, til I could get on my feet.

And hell, when I was 15yrs old, Bruno even gave me his last $40 bucks so I could hustle a crackhead out of his car one night at a honky tonk in Nashville

But the hustle was on me, because when I took off down the road there was a SECOND CRACKHEAD passed out on the floor in the back!

Merry Christmas, Bruno and since you helped me “buy” my first car – I figured I could return the favor and buy you one that 100% does NOT have a crackhead in the back seat.

I love you, brother.

Your kindness and heart – helped change my life’s trajectory.

And when you’re ready to retire from “the business” you just say the word.

I got you covered.

Enjoy your new ride and give Walls, Mississippi my love and gratitude.”