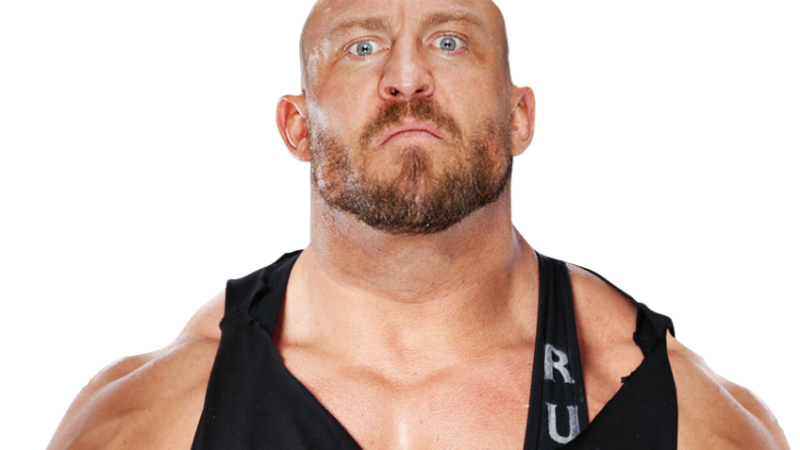 Ryback has again responded to former WWE Superstar CM Punk’s “slander” of him in an explosive two-hour interview with Colt Cabana on the “Art of Wrestling” podcast that was released Thursday.

Ryback wrote on Twitter on Friday afternoon, “Last message on this. I will tell the truth about @CMPunk comments in due time. Not once did he ever confront me. Let’s all move on. Thank u.”

Beginning at 51:50 in the interview, Punk griped about his experience working with Ryback, who he labeled a dangerous worker and steroid user. Punk said wrestling Ryback “took twenty years off my fucking life” and blamed him for injuring him on multiple occasions.

“I’m already beat up and I have to wrestle steroid guy,” Punk said as he recalled being asked to work a program with Ryback in the fall of 2012 since management felt he could carry him in matches. “I call it like I see it. He’s very hurty, sometimes deliberate. There was one time he kicked me in the stomach as hard he could and he broke my ribs, right at the tail end. I never got an apology for that. He was something else. A real piece of work that guy.”

Later in interview, Punk took a jab at Triple H for failing to elevate Curtis Axel after promising he would. Punk offered to work with the third-generation wrestler, but WWE officials ignored his request. Instead, he was continuously booked in matches with Ryback—now paired with Paul Heyman—who he had requested to management to not to work with. Punk later agrees to work with him and gets injured in an encounter at Night of Champions.

Punk recalled, “First night out, Gorilla Press through a table…fucking misses the table. Dumps me on the concrete fucking ground. Tilts my fucking pelvis, fucks me up for weeks.”

Punk said he later asked Ryback if he hurt him on purpose or if he’s “dumb as fuck.”

He continued to Cabana, “I’m compensating because my knee is still fucked, both my knees, you know what I mean? The one I just had surgery on six months ago and the one that was fucking torn up and I refused to have surgery on. I just wanted to rehab it, which I did. And now it’s at the point where I walk up to him and I go, ‘You can’t tell me you didn’t do that on purpose because you’ve done it so many times now. You either tell me right now you’re dumb as fuck and you suck, or you did it on purpose. And he was like, ‘I’m dumb as fuck. I’m sorry.'”

Punk said, “At that point, there was nothing I could do. In my mind it was like, ‘Great. Fuck, there’s nothing I can do.'”

“The Big Guy” fired back at Punk on Twitter with an image of an action figure diorama before saying, “For the record if I quit for being fragile and insecure I would make up excuses too,” Ryback wrote. “Things didn’t go my way for a long time and I kept going day in and out. Slander is a powerful thing and to state complete made up nonsense for no reason shows his insecurities. I will continue to bust my ass study matches every chance I get, cut promos when driving and push myself for hours on end even when hurt. Thank you.”