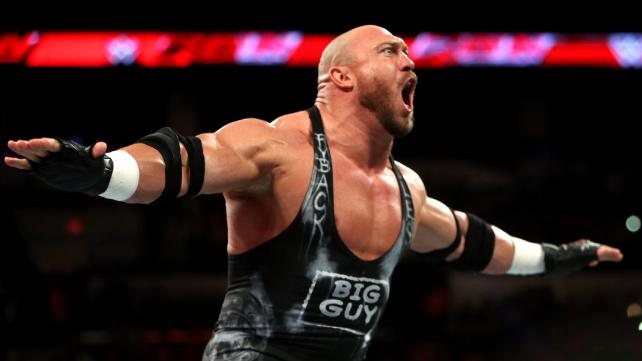 – Ryback, who returned to SmackDown and squashed Heath Slater last night, tweeted the following about his return on Monday’s RAW:


“Monday was by far the most humbling and greatest moment of my career. Thank you for giving me a 2nd chance to be me.”

– The official theme song for WWE’s Survivor Series pay-per-view is Nickelback’s “Edge of a Revolution” off their “No Fixed Address” album.

– Daniel Bryan left the San Francisco Giants victory parade yesterday and went to the Phoenix Suns NBA game in Phoenix, where he and Brie Bella dressed up as “Wanda and Waldo.” Bryan posted the following on his Halloween journey:

Went straight from the @SFGiants parade to the @Suns game in Phoenix. Try to find me, while I try to find Wenda #WheresWaldo #WheresWenda #Halloween