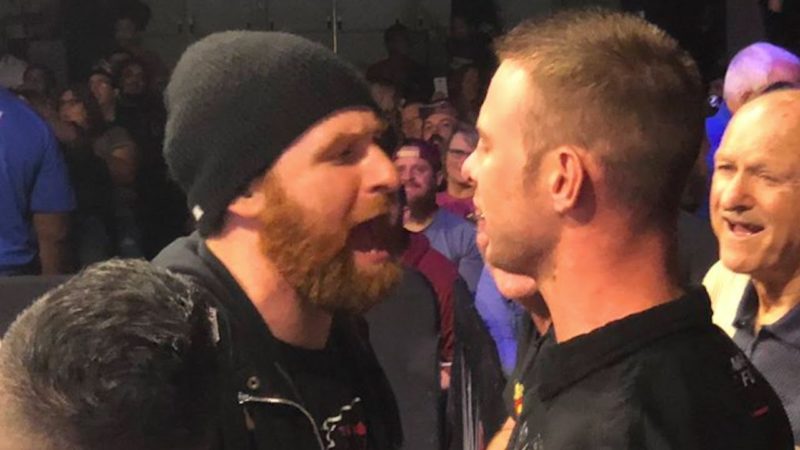 Sami Zayn appears to have gotten into a confrontation with a fan who was yelling homophobic slurs at him during the latest WWE Live Event from Daytona Beach.

The fan was reportedly calling the former NXT Champion a “Canadian f****t” over and over again and the former NXT star ended up confronting the audience member after having enough.

Zayn then asked the security to take the fan out and he was then escorted out of the arena. You can check out the video of the incident below:

Sami Zayn confronted a fan who allegedly yelled homophobic slurs at him during a house show tonight in Daytona Beach pic.twitter.com/AuUd7j4dfO

Some of this 🤷‍♂️, essentially get this guy out of here pic.twitter.com/d2LKb6PfYM

Sami Zayn was drafted to SmackDown Live during the 2019 drafts and he has since formed an alliance with the current IC Champion Shinsuke Nakamura.

Zayn has been acting as the mouthpiece for the Japanese star and reports suggest that WWE is keeping him away from active competition due to complications with his shoulders.