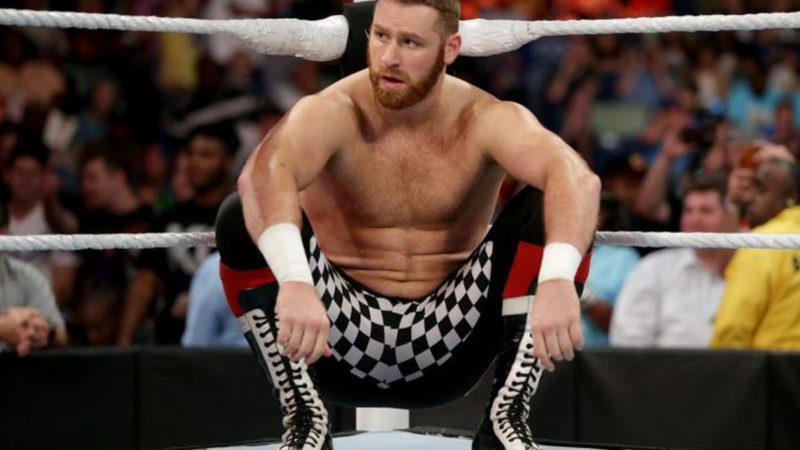 Sami Zayn is having a great week at WWE. He finally bagged the rights to be called the one and only Undisputed Intercontinental Champion. He defeated Jeff Hardy and AJ Styles in a Triple Threat Ladder Match to claim the title.

The match was packed with action throughout. Sami Zayn took the offbeat road in the end, handcuffing Hardy’s ears to a ladder. He went on to handcuff AJ Styles to himself first, and then to the ladder he used to retrieve the belts.

However, WWE told off Zayn for his backstage behavior during his early days in the company. He opened up about it on The New Day: Feel The Power podcast.

Sami Zayn on being perceived as ‘annoying’

Sami Zayn said that WWE made him realize that his actions were being perceived differently by others.

“WWE made me aware of some of my own actions. I came in and the big mantra was perception is reality. Even though I was 28 when I got there, I don’t think I was a fully mature person in some ways. I don’t think I was fully aware of…” H/T: Digital Spy

It made him aware of his actions and think about how people were looking at him in the company.

“I had my interpretation of what I thought I was but then there was, ‘oh wait people who didn’t agree with that assessment. I see myself one way and other people are seeing me in a very different way and it was astounding a little bit because it made me a lot more aware of how my actions are perceived by people who are not me.”

Zayn had always been the Superstar to joke around in backstage. Xavier Woods shared a story where Zayn jokingly put people in armbars for not laughing at his joke. Zayn admitted it took him some time to realize that such behaviors can be interpreted as quite ‘annoying’.

“For example what I might perceive as fun loving, let’s have some fun chat on the bus might be like, ‘man this guy’s annoying. I always just looked through my own lens, but being around these people with all these different points of view starts making you look at yourself through their lens.”

On the difference between WWE and independent circuit

Zayn said that the reason behind his actions was the way people interacted on the independent scene. There is far less competitive air, and everyone is like friends.

Zayn admitted that he struggled with adjusting to the new culture. it was difficult for him when he came over to WWE.

“On the independents, it’s a very different mindset. We are all just buddies. I would not call it a competitive environment. Everybody wanted to have great matches, but it’s not like you viewed the other person as a threat. When you come to WWE, especially back then, it’s different now, but it fostered a culture that the person sitting next to you was not your friend, he was a threat to your success. It was the culture at the time. I remember struggling with that.”