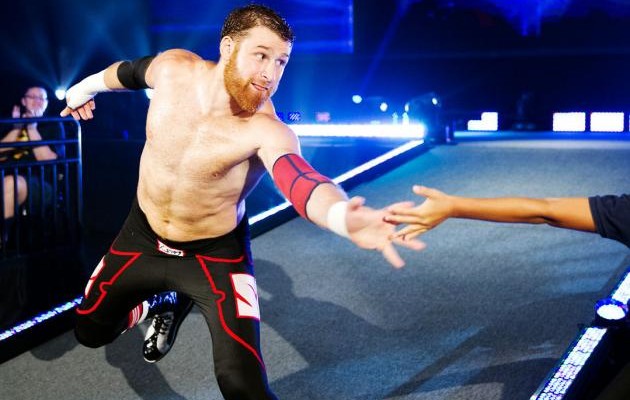 – As seen above, Sam Roberts talks with Sami Zayn at the WWE Performance Center.

“Obviously Triple H is at the helm of all this. He’s a visionary and he’s created this vision and it’s coming to fruition. It’s really cool to be a part of it.”

“It’s awesome, I’m really really happy for him. He’s really been there, not from day one, but definitely from day two of my career. It’s crazy to see we’re both here.”

Zayn also talked about WWE 2K15, not becoming jaded as a performer, NXT stars appearing on RAW, going to WWE from the indies and more.