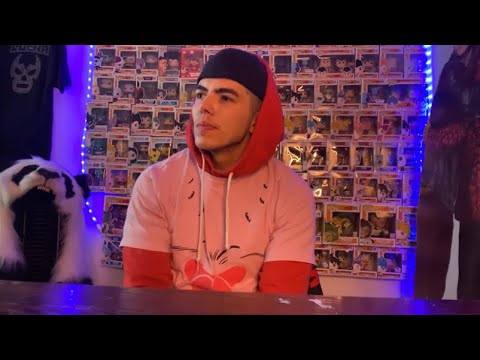 Following his comments from a 2016 podcast where he indicated he wanted to “rape” Sasha Banks, AEW’s Sammy Guevara issued an apologetic tweet, and has now followed this up with a “I’m sorry” video as part of his weekly vlog:

It just sucks because 2016 me is not me today. 2020 me would never say those kind of hurtful things that I did in 2016. I used to think it was funny to do some kind of shock humor to pop the room I’m in… I thought it would be funny, man, to do that kind of humor, this shock humor, and it’s not. I learned a lot – a lot has happened in four years of my life. I know a lot of people think four years isn’t that much time, but if you look at how much has happened to me in my life, from wrestling in the middle of nowhere in Texas to wrestling all around the world, to wrestling in different countries, to wrestling on TV for AEW – so much has happened in four years. And one of the things that’s happened is me growing, man, as a person.

I understand now that the words I say can impact people more than I’ll ever understand. They can hurt people more than I’ll ever realize. And that’s why you will not catch me saying those kinds of hurtful things now in 2020. 2016 me was a different me. And that’s not an excuse, I still said those things and I’ll still pay for those things. But that’s not me. And I think along these four years more than anything I feel like what I’ve done is I’ve grown as a person and have become better. And just know that whenever I do come back, I will be better. I’m gonna to do sensitivity training and I’m gonna be a better version of myself.

So again, sorry for anybody I let down, and to Sasha, and to anybody I hurt. I will be back. Until then, take it easy.

Thoughts, people? Has he owned his mistakes? Is there really more he could have done here?