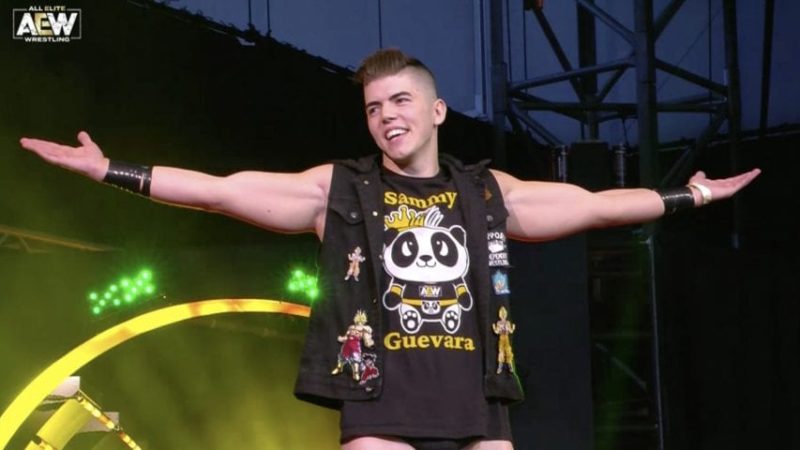 The world of professional is a harsh place and injuries can happen at any time. Sammy Guevara injured his foot while taking off his wrestling boot recently.

The injury took place during the Chris Jericho Cruise. Thankfully, it seems Guevara has been medically cleared for in-ring competition. He is scheduled to compete in a match on this week’s AEW Dynamite.

Sammy Guevara will be squaring off against Dustin Rhodes in a singles match. Rhodes will no doubt try to get revenge as he is one of the members of Inner Circle who were responsible for breaking Dustin’s arm.

Another match will see MJF take on Jungle Boy of the Jurassic Express in singles competition. Jungle Boy called out MJF on Twitter, which led to this match.

Get your tickets now at https://t.co/UN1cNj1kQq or if you can't join us in Austin watch all the action on @tntdrama at 8/7c pic.twitter.com/AgmoKG5seB

All that weight and you’re still a little bitch. https://t.co/9uHSbG0re0