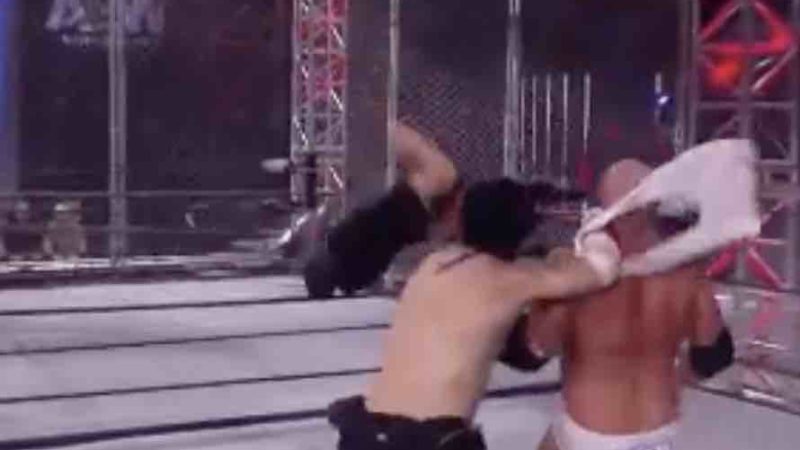 This week’s edition of AEW Dynamite was one of the most anticipated ones in recent memory because of the much hyped ‘Blood and Guts’ match, a War Games-like style encounter which featured Chris Jericho’s ‘The Inner Circle’ and MJF’s ‘The Pinnacle’. However a scary moment happened during the match as Inner Circle member, Sammy Guevara went for a flying attack over the two rings onto FTW. However, Guevara slipped and landed quite awkwardly. Jericho suffered a ‘career threatening’ fall with The Inner Circle’s loss.

Guevara suffered another infamous botch back in 2020 during a match with Matt Hardy. During a recent interview with Inside the Ropes, Sammy discussed the situation. Credit to POST Wrestling for the below.

“I think it was Matt [Hardy] who made the call. I’m not too sure about any of it. I just know — so when we first hit, I had no idea what happened because we hit so hard, that I kinda blacked out for a sec. It gets overshadowed of course because Matt hit the back of his head. But we hit so hard. I remember my hip hit the concrete, I remember just thinking, ‘Woah, what just happened?’ I remember I said that as we landed. It was like I’m running, I blank, I open my eyes and then we’re on the ground and I’m like, ‘Woah!’

So I have no idea that this man just hit the back of his head, and then when it was stopped, it was stopped and I thought it was over, and then but Matt being such a pro, he’s been doing this forever. He just went on autopilot and so they told me he was fine, we ran back out there, did the finish and then he went to the back but man, what a scary scene. I feel like everybody learned so much that day. That was like a big learning experience for everybody involved and luckily everybody’s okay in the end, you know?” Sting was ‘removed’ from AEW Dynamite this week.