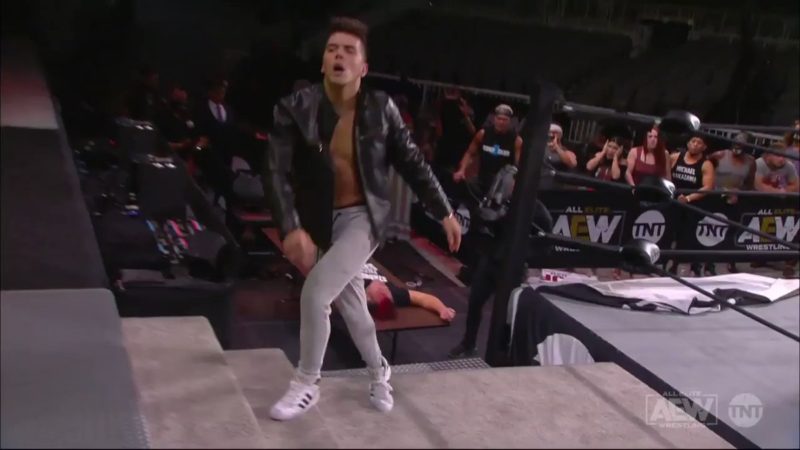 Sammy Guevara has reportedly earned quite a lot of heat from AEW following a nasty spot a few weeks ago. Guevara was supposed to launch a folding chair into Matt Hardy’s head, but couldn’t find it.

Instead, he used a regular chair, which bounced off of Hardy’s head and busted him open. According to Bryan Alvarez of The Wrestling Observer, Matt Hardy himself, along with others backstage, was furious with Guevara, who recently returned from suspension.

Guevara has used the incident to further his feud with Hardy, and even took to Twitter recently to crack jokes at the legend’s expense over the past week.

He will be missed… not by me but maybe by someone. @MATTHARDYBRAND pic.twitter.com/qAz4iFLIWp

Today, Sammy Guevara was inspired by a tweet from a fan, putting out this masterpiece.

This accident, though quite unfortunate, has served to add a lot of fuel to the fire of this feud. What was setting up to be a solid match between these two has suddenly turned into one of the best rivalries going in AEW.