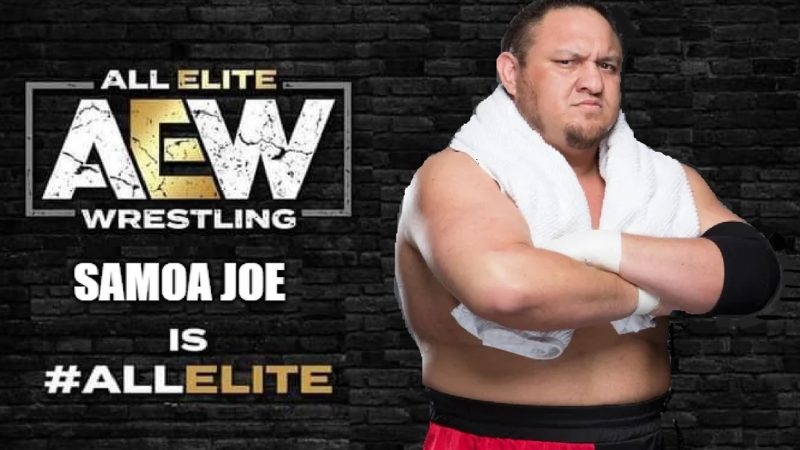 The former NXT star Samoa Joe was released by WWE during the budget cuts. Speculations started floating around that the former NXT Champion could head towards AEW as a main event star. But, reportedly he has not been cleared to wrestle anytime soon, and AEW are a bit full when it comes to non-wrestlers and announcers.

He is the favorite to serve the role of commissioner of NXT as per the hints provided by William Regal on recently concluded-NXT TakeOver: In Your House. Triple H Rehires Former World Champion

Samoa Joe is not cleared medically

Joe was injured while filming that Must Be Monday commercial and had sustained a concussion. It caused him to miss a lot of time in the ring. Though he briefly made his return, he suffered injury again. Thus, in his recent run in WWE, he served as a color commentator on Monday Night Raw.

Dave Meltzer of Wrestling Observer Radio said that the ‘Samoan Submission Machine’ is unlikely to compete in the ring. Thereby, joining any other company will not be fruitful for him. So, that could be reason he is returning to NXT in the authority role.

“Joe is in, and he’s in as a non-wrestler. So, I think that tells you that he’s not cleared so even if you wanted him to go to another company, if he’s not medically cleared that is probably, I don’t want to say impossible, because we’ve seen too many examples of people who were not medically cleared for life who end up wrestling again, so, it’s just what it is. You know he’s taking a job in NXT and he’d doing something there. He may be the new authority figure on television — he may not be, but he’s doing something behind the scenes.”

We will see if Joe makes his awaited return on this week’s edition of NXT.