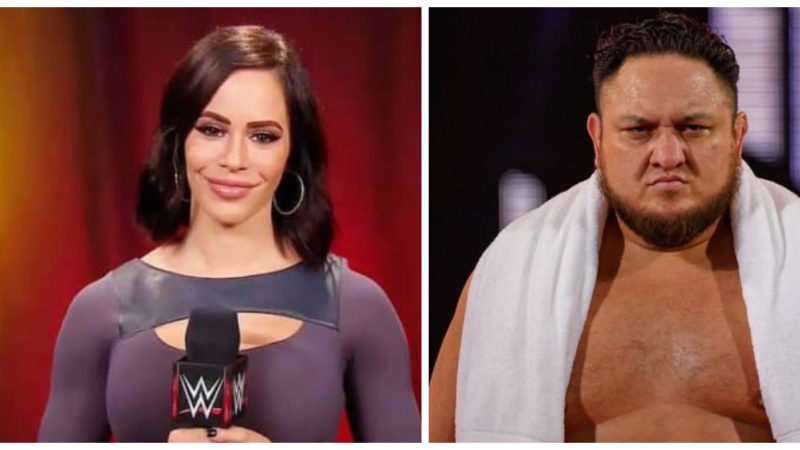 Samoa Joe has been away from WWE for a bit now as he was recently released from the company with a slew of other stars, and Charly Caruso left. Joe has not been seen elsewhere as of now, but it’s a sure shot that we will not be seeing any of him within the four corners of a WWE ring ever again. Paul Heyman is now starting to take shots at a long, gone, Joe…Alexa Bliss ‘Demands’ Money From Big Name.

On this week’s episode of Talking Smack, host Kayla Braxton said the phrase “cup of Joe” after watching a video of Shinsuke Nakamura drinking coffee. Heyman jokingly told her not to mention the names of people who no longer work for WWE. Of course, Heyman is rarely ever seen out of character and was most likely playing to his gimmick. Are Joe and Charly kayfabe banned from being talked about?

It should be noted that Paul Heyman and Samoa Joe don’t actually have any heat between each other, but their characters might!