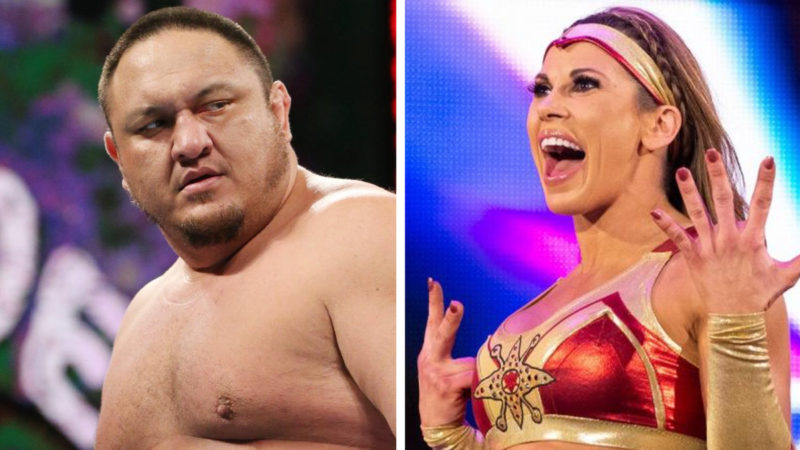 Samoa Joe, Mickie James, and Chelsea Green were just fired by WWE, but a July Slammiversary ad during Impact Rebellion showed them, hinting at their returns to Impact Wrestling. You can view the commercial below.

Vince McMahon and Bruce Prichard are cleaning house in WWE with their firings, and Bruce is even referencing another former TNA/Impact star backstage.

On a recent episode of ‘The Nitty Gritty Dirt Sheet’ hosted by Vince Russo, Vince sat down with Billi Bhatti to discuss all of the plans past and present leading into this year’s Wrestlemania.

On this episode, Vince and Billi discussed Bruce Prichard and Hulk Hogan. Let’s take a look into the news.

Billi: “It’s like Bruce Prichard just re-does everything that happened when he worked there before. So, you got Papa Shango from 1992. Obviously, you’re re-doing The Miz as a ten year old, eleven year old, story. I mean, yeah, you see it throughout. These constant-constant re-hashes. He’s telling people in their breakups what Randy Savage did when he split with Hulk Hogan.”

Billi continues: “I’ve heard multiple references to Savage and Hogan down to the subtle looks and everything and how to tease a split.”

Bruce Prichard has had many hits and misses in WWE creative. As Billi stated, the Randy and Fiend gimmick feels extremely close to Papa Shango and Ultimate Warrior when Warrior was vomiting and dripping black paint from his head.