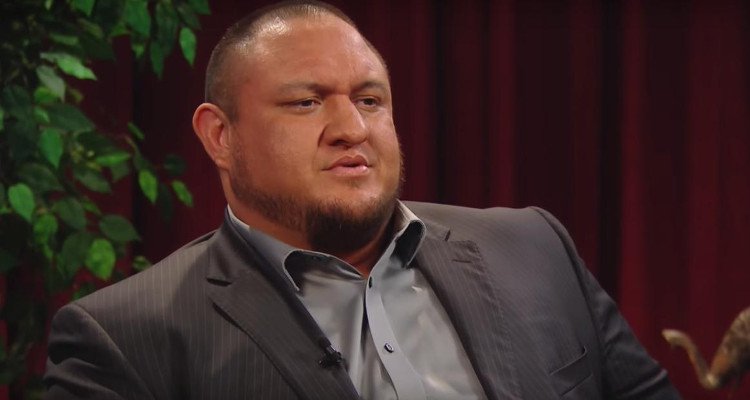 Samoa Joe and Charly Caruso were two recently released WWE talents. However Caruso was released before Joe. Joe, was last seen on WWE television the week of WrestleMania 37 as he called the action for both nights of the major WWE event. In any case, WWE is still looking to use the likenesses of the two former WWE stars as the official website for WWE is using the faces of Joe and Caurso for their highly successful WWE Monday Night Raw after show Raw Talk. Caurso hosted the show prior to her release while Samoa Joe seldom, if ever appeared on the program. You can view the advertisement below. Is Samoa Joe going to AEW?

In other news regarding Samoa Joe, former WWE superstar and current AEW talent Christian Cage spoke on the release of Samoa Joe, talking about how shocking the news of his release was in a recent interview with Bleacher Report. Credit to SEScoops for the below.

“That surprised me” Christian Cage began, speaking to Bleacher Report. “Joe is a super-talented guy. You see it in the ring, and obviously he has tremendous verbal skills.”

“He was a natural as a commentator as well,” Cage noted, referring to Joe’s recent run on Monday Night RAW in the booth. “When you have that kind of multi-talented individual who can wear a lot of hats, that’s invaluable.”