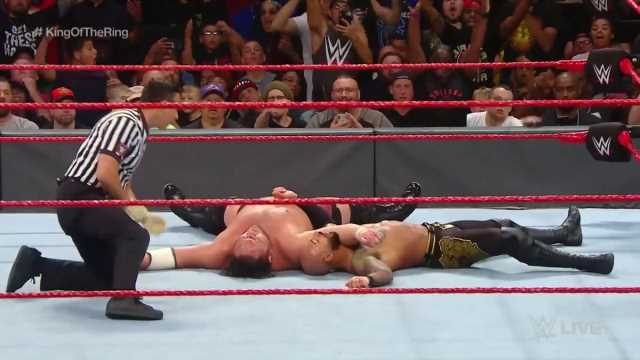 The Samoan Submission Machine was last seen on Monday Night Raw back in September. Samoa Joe was facing Ricochet and Baron Corbin in a triple threat match to advance in the King of the Ring Tournament.

There’s been a pretty noticeable hole in the WWE roster since Joe’s disappearance. While we don’t know when he’ll return, we do at least know the reason that he’s been out of action for a month. According to PWInsider‘s Mike Johnson, Joe suffered a broken thumb and is currently waiting to get cleared for in-ring competition.

Hopefully, the former United States Champion will be back in action in time for the draft, taking place later this week. A broken thumb usually takes about six weeks to heal, though some cases have left others out longer.