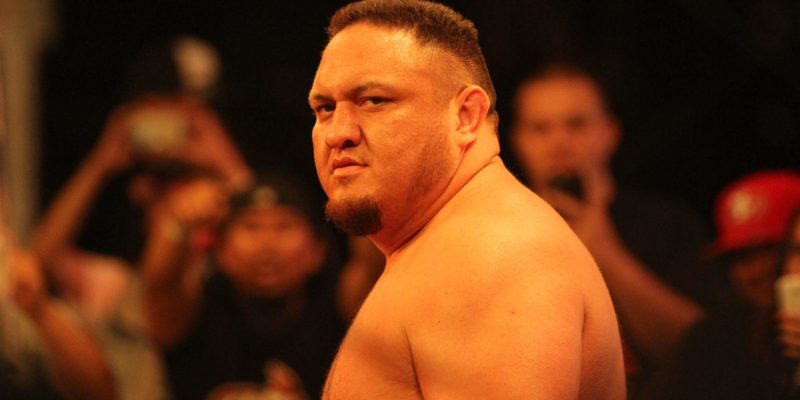 Samoa Joe appeared on Booker T’s Heated Conversations podcast, where he discussed his injury, and how he would’ve handled the timing of it if he were younger.

Anytime that you miss, like say, one of the ‘Big Four’ shows, or you miss shows in general, missing these opportunities is always devastating. A younger version of me would definitely be stressed out and probably make this situation a lot worse.

Booker T asked if Joe knew if there was a specific time for his return. Joe informed him, and the audience, that this is a “wait and see” kind of thing.

They’re going to be giving me treatments. It’s not something that can be fixed surgically. It’s basically a lot of time, rest, and elevation, and letting it heal. It just depends on how quickly it heals.

Obviously we’re going to be past the Rumble, but I don’t know how much further past that.”

While Joe hasn’t given us an exact amount of time to wait on, he seems to think that it shouldn’t be too much longer. If he knew he would be kept out past Wrestlemania, he probably would’ve mentioned that.

It’s possible we could see Joe around before the end of February. Like he said, this is a wait and see kind of deal. As long as he doesn’t try to force a quick return, he should heal up at a solid rate.