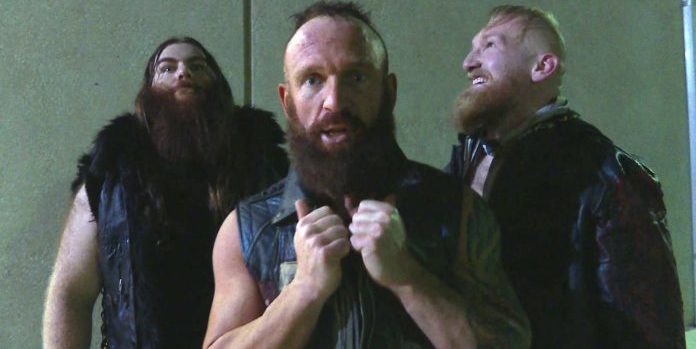 While there is no news on when the group will make their televised debut, Sanity finally made their main roster Live Event debut during the weekend’s show from Waco, Texas.

Representing their group, Eric Young and Alexander Wolfe teamed up to take on the tag team of Karl Anderson and Luke Gallows, though there was no clear winner of the bout.

The match ended in a disqualification after the third member of their group Killian Dain interfered. Below are some photos and videos from their main roster debut:

WWE had announced that Sanity will join SmackDown Live during the Superstar Shakeup earlier this year but so far there was no news on when they will arrive on the main roster.

It was reported that the company was holding off their debut because they had nothing creatively planned for them, though after their appearance at the Live Event, it looks likely that they’ll make their televised debut soon as well.