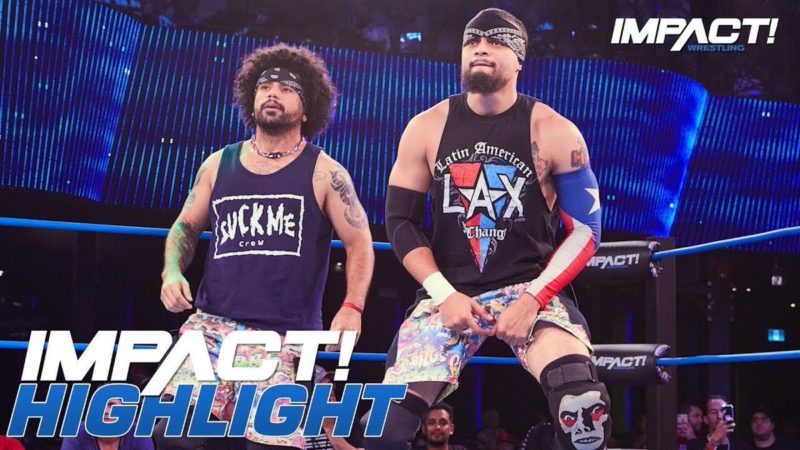 Santana and Ortiz have become one of the most popular Tag Teams in the world of pro-wrestling in a short time. The team formerly known as LAX in Impact Wrestling shot to fame during their stint with the company. The two Superstars had become the hottest free agents after their contract with Impact ended earlier this year.

While there was a lot of speculation regarding the two joining WWE, they instead chose to sign with AEW. Now part of Chris Jericho’s faction ‘The Inner Circle,’ the Tag Team goes by the name Proud and Powerful in AEW.

Speaking to Chris Van Vliet, the two opened up about the reason they chose AEW:

Santana: Another huge part of our decision making was that we both wanted to be Dads. The schedule, they were offering us the NXT thing and then going to TV, once we would have gone to TV, we’re on the road 250-300 days a year.

Ortiz: Best case scenario, that’s if we take off, they push us, they use us on television all the time, we’re doing house shows, we’re making good money, but guess what, the time that we’re home, we’re going to be mangled, and we have two small children to deal with.