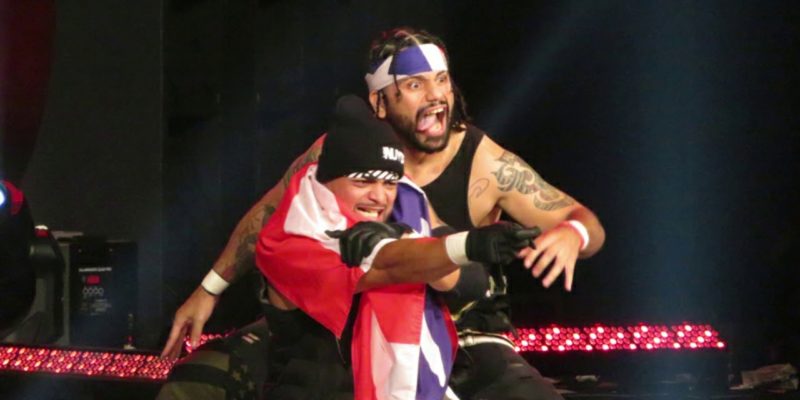 WWE has no desire of letting go of talented wrestlers who might go to AEW. It is possible that WWE may try to compete with AEW when it comes to signing future wrestlers as well.

Santana & Ortiz spoke to Chris Van Viet, where they discussed the pressure WWE put on them. Ortiz then further explained how WWE became more interested in them after the inception of AEW. Here is what he said:

“Before this [AEW] was a thing, we were kind of already in talks with them. We were like, ‘Alright, we’re either going to stay in Impact, we might go to WWE, or maybe Ring of Honor.’ We were playing it this way, we were like, ‘Alright, we’ll see what’s up.’ We were kind of in our head, it was like, ‘Ehhhh, we made a good amount of noise in Impact, but I was like, I feel we need to bring up our name value a little bit more, we can go to WWE and we can cash it in now, but I feel like maybe we bring up our name value a little bit more and be more wanted by them.’ They were interested enough to offer us something, and we had people kind of pulling for us there to bring us in, but I feel like we would have got lost in the shuffle, and when we first got our offer, it was like, ‘Ehhhh, we’re not going to get in a bidding war with anyone.’ And then it ultimately went down to, ‘Alright, what do you want.’ Which was awesome, and it was only because of AEW.”

All Elite Wrestling provides an alternative to WWE and fans are definitely loving what the company has been doing.  Proud n Powerful are a major part of the company, being one of the top tag teams in AEW and also part of the Inner Circle.