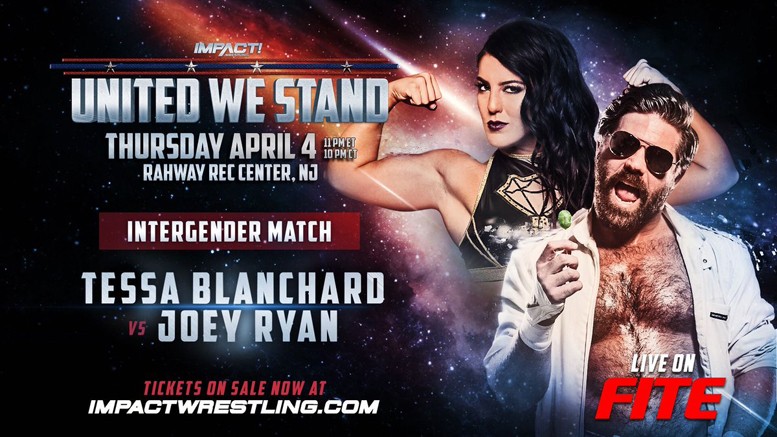 Impact Wrestling recently set up an intergender match for their United We Stand event featuring Joey Ryan and the former Knockouts Champion Tessa Blanchard. Anthony Carelli, known in the WWE as Santino Marella, has been working with the company for a few years now, and currently co-hosts Pro Wrestling Chat with Alicia Atout each Wednesday at 4 PM ET.

On the most recent edition of the show, Carelli revealed how he felt about intergender wrestling.

If there’s a girl out there that says, ‘This guy’s giving us attitude, I’m gonna step in and fight this guy because I saw that women can fight men, because of intergender wrestling,’ and she goes out there and lips off, and this guy’s a mental case and cracks her with his fist, shattering her face, an orbital bone, busts her lip…

She wouldn’t have done it, perhaps, beforehand, because she didn’t get this inflated sense of confidence because of intergender wrestling.

Atout agreed with Carelli, bringing up the example of Brian Cage vs Taya Valkyrie, stating that it’s completely unbelievable.

Carelli went on to say that major news outlets tend to exaggerate when it comes to gender or race issues, believing that they’re just trying to divide the people.

The media would like you to think that [we’re at war]. If I wanted to drive a wedge between society, well, there’s 50/50 right there – men and women. Let’s make them hate each other. And guess what? We divided half the people. No one hates anybody. We’re misinformed, even with racism.

There’s cases now in MMA and wrestling where there’s trans girls that are beating the s*** out of females, and that’s wrong. If you’re born a guy and you become a woman, you’re accepted everywhere, but in the field of actual competitive sports, there has to be a barrier. And the barrier is based on, you were born a God d*** man.

You’re accepted as a human being, and as a person, and you are loved in every single way, except it’s not fair that you compete against women in physical sports because you were born with different biological attributes.

We have to be realistic about it and also not be so sensitive.

Carelli got a lot of feedback from this statement in particular and took to Twitter to respond, stating that he had no problem with trans women facing women in professional wrestling.

I couldn’t figure why people were upset the last couple days, then I realized some people think I said trans women should not perform w cis women in PROwrestling, that’s NOT the case at all, It’s entertainment & it’s all welcoming, @ryansatin has agreed to clarify his statement

If you’d like to check out the full episode, you can go to Impact Wrestling’s Twitch video library.