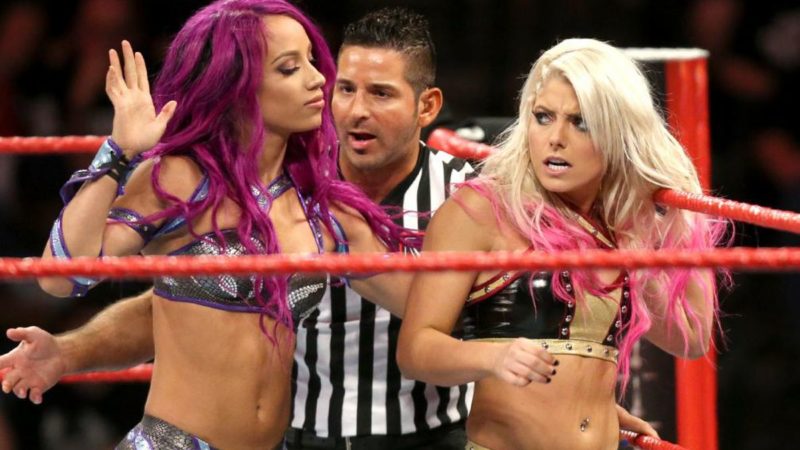 “The Boss” Sasha Banks and Alexa Bliss marked their return to in-ring action at the WWE live event at Bangor, Maine. The duo were involved in separate tag-team matches as Banks teamed up with Bayley and Dana Brooke to defeat Ruby Riott, Liv Morgan and Alicia Fox. Meanwhile, the women’s 2018 Money In The Bank winner teamed alongside Mickie James in a losing effort against Ronda Rousey and Nia Jax.

Sasha Banks was out for a month having last wrestled on the September 3 edition of RAW. On the other hand, Bliss was out due to an injury to her arm, which she suffered at last month’s Hell In A Cell event.

Here are the entire results from the live event at Maine: