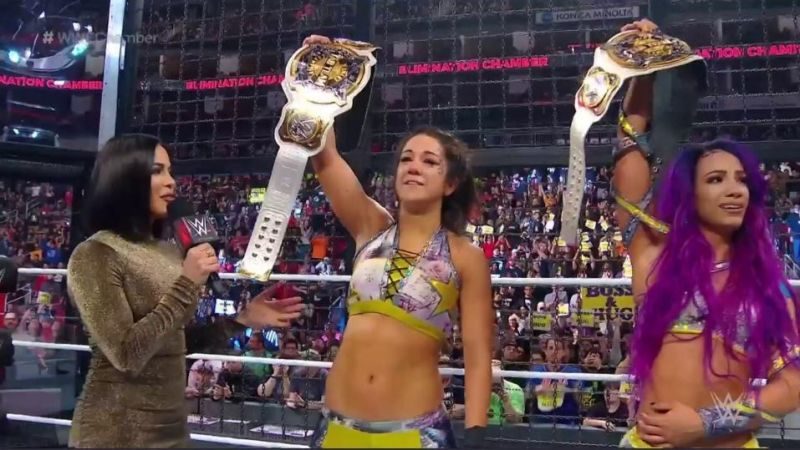 The final two teams left in the match were Fire & Desire, and Bayley & Sasha Banks. Towards the end of the match, Deville accidentally speared Rose after some miscommunication. Banks took advantage of the situation and applied the Bank Statement on Deville, making her tap out.

So, Sasha Banks and Bayley became the new WWE Women’s Tag Team Champions, and the crowd celebrated their victory.

Another HISTORIC night on @WWENetwork…