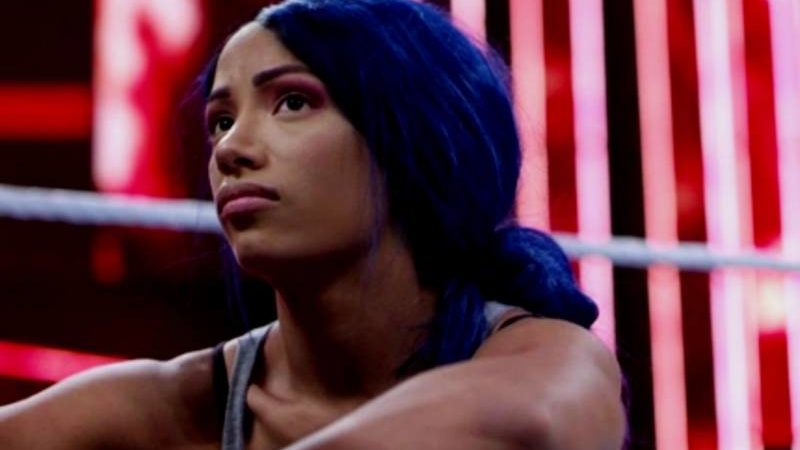 WWE stars Sasha Banks and Bianca Belair scripted history at WrestleMania 37 as they became the first Black women to main event WrestleMania in a match for the WWE Women’s Championship on Night One of the event.

Sasha Banks recalls when she got the news of main eventing

There had been many speculations about the main events of WrestleMania 37, which was a two-night event. There were discussions if Banks vs. Belair or the WWE Championship match between Bobby Lashley and Drew McIntyre would headline night one. Braun Strowman ‘Demand’ To AEW Leaks?

On April 9, one day before night one of WrestleMania 37, WWE announced Banks vs. Belair would headline the Night One.

The Boss recently spoke on Just Women’s Sports podcast, and revealed how she broke down into tears when she found out she was headlining the show.

Here’s what she revealed about her reaction:

“The whole month was such an anxiety thing. We had no idea who was going to main event WrestleMania.”

The month before WrestleMania, I really thought, I heard rumblings it was going to be the guys and I was like, ‘What can I do?’ All I can do is be me and keep on doing my work and show Vince that ‘if I’m not the main event, I don’t know what main event you’re going to have.’ Legit, the Wednesday before WrestleMania, I found out we were the main event. I was so nervous and was asking, ‘Did you check the card, did anyone tell you?’ ‘You’re not the main event.’ ‘No one told me that.’ I was going to go to rehearsals and if I found out, all I could do is maybe ask Vince.

I went to rehearsals and TJ Wilson told me that I was the main event and I instantly started crying. It was so overwhelming and it was crazy. It’s the biggest thing you can do in wrestling and my heroes haven’t gotten to do what I’ve done. Not only that, just being a woman and an African-American woman, we’re checking off so many things. The biggest thing I got to check off was fully accomplishing everything I had written down as a kid. I’m on vacation right now, still soaking that in.”

She has been away from the ring since her loss at the pay-per-view. It has not been confirmed when the former WWE SmackDown Women’s Champion would return.