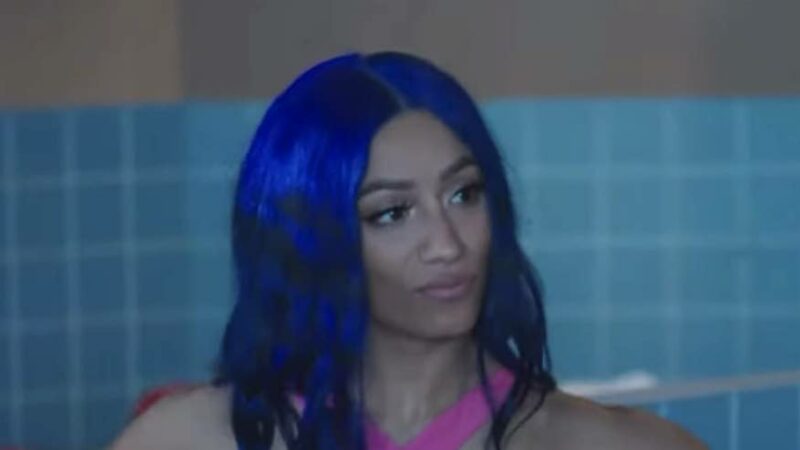 Sasha Banks has been away from WWE. She and Naomi had walked out of Monday Night RAW due to creative differences. There have been various sides to the story already reported, including that the WWE Women’s Tag Team Champions confronted WWE Chairman Vince McMahon over their issue. WWE left that part out of their official narrative, but Banks and Naomi did have words with the boss.

In the official statement from the company, it was noted that Sasha Banks and Naomi dropped their tag titles on the desk of John Laurinaitis and left the building. it was recently reported that WWE had reached an agreement for Banks and Naomi to return to the company. It was speculated that they could appear as early as this week.

Sasha Banks spotted with a fan

‘The Boss’ recently made a fan’s day with a heartwarming gesture during her appearance at the Chicago Comic & Entertainment Expo. Banks took tons of pictures with her fans, but it seems like they were told to keep their distance while taking pictures.

A fan approached Banks moments before taking a picture, and the C2E2 staff apparently told her to keep her distance. Banks immediately told the staff that the fan was a friend of hers.

The fan shared the heartfelt story on her Twitter handle and was excited over Banks calling her a friend.

“It was a natural reaction to come close for the pic. Staff was like whoa whoa, but Queen said it was okay “this is my friend.” Putting that on my resume moving forward. “Mercedes’ friend,” the fan wrote.

Fans were told to keep their distance for the Sasha Banks and Naomi signing at C2E2. Smart. pic.twitter.com/Jjjku91JNL