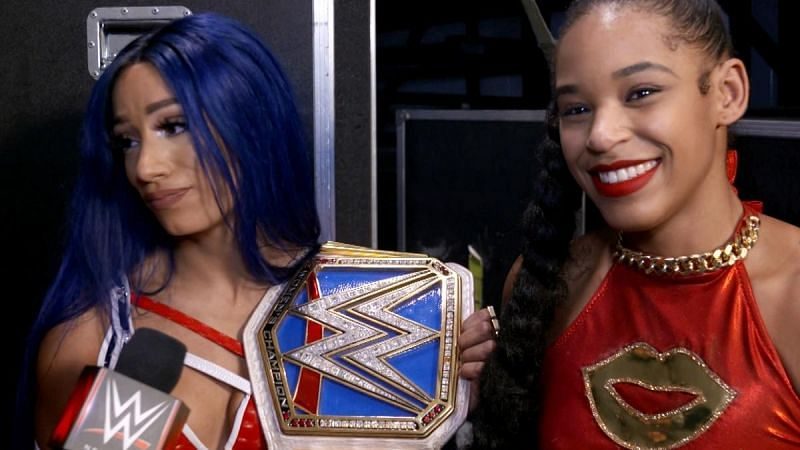 WWE star Sasha Banks and WWE SmackDown Women’s Champion Bianca Belair were recently withdrawn from a couple of live events over the weekend. It is understood that the absence was due to “unforeseen circumstances.” No further explanation was given regarding what that really means and there are many questions about their status.

Ringside News reported that they had asked around about this situation and they were told that no information is being given internally regarding The Boss and EST of WWE’s absences at this time. They are tight-lipped on information in this situation.

Banks and Belair also worked this week’s edition of SmackDown on Friday for a contract signing, but they were pulled from the Charlotte and Columbia house shows following that absence. The two also have not addressed the situation on social media. Bobby Lashley Leaks CM Punk Title Match News

It has not been confirmed whether Banks and Belair tested positive for COVID-19 but the silence only fuels up the speculation. The company stated that they had missed the events due to “unforeseen circumstances.” There is also a concern that they might miss SummerSlam on August 21st which could come upon as a major blow.