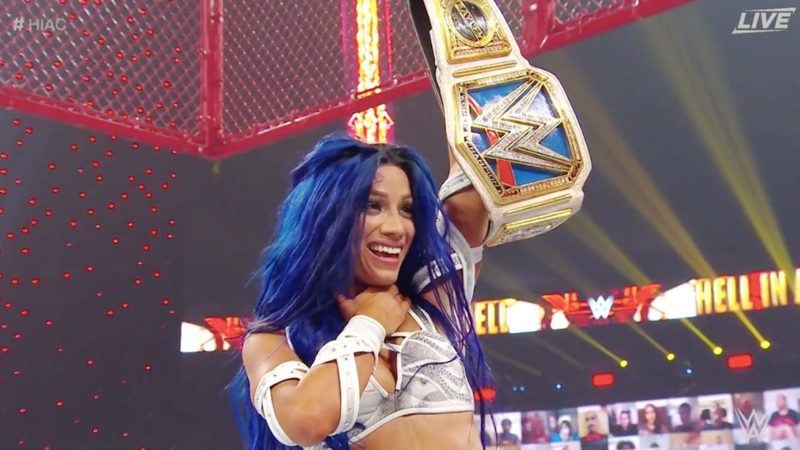 The blood feud between Sasha Banks and Bayley culminated in a Hell In A Cell match during the Hell In A Cell pay-per-view. Bayley defended her Smackdown Women’s Championship against Banks inside the hellish structure.

It was a very violent and physical affair as both competitors used everything but the kitchen sink in order to win the match. Banks was beaten down a lot but was able to move out of the way when Bayley tried to smash her on a ladder with a chair. Banks then performed a Bayley To Belly on the ladder and got a two count.

The final moments of the match saw Sasha Banks applying the Bank Statement on Bayley through a chair and was able to win the match. She is now the new Smackdown Women’s Champion.