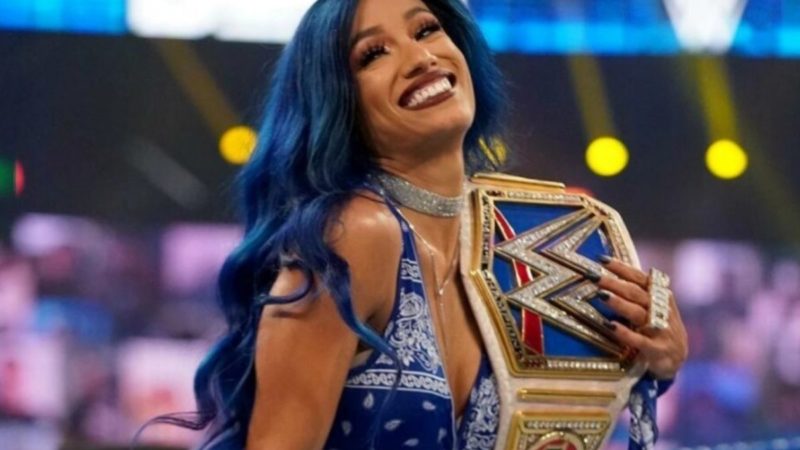 The former WWE SmackDown Women’s Champion Sasha Banks was recently spotted at Universal Orlando Resort. She took to her Instagram account and posted series of images in the Jurassic World theme park.

The Boss has been active on her social media account and she keeps her fans updated with the happenings in her life. She has been taking her time off since she lost the women’s title against Bianca Belair in the main event of Night one of WrestleMania 37.

The Boss appeared on the Just Women’s Sports podcast with Kelly O’Hara and spoke about going on a hiatus for four months after WrestleMania 35 pay-per-view.

Sasha Banks on her post-WrestleMania 35 hiatus:

“It was from everything. From that grueling schedule and never getting to take in those wins and understanding those victories, taking my losses really, really hard and just being a baby. I started wrestling when I was 18, got signed when I was 20, straight on the road when I was 23. Just had that nonstop career of being Sasha Banks when I was 20 years old, and having my hair color change and not seeing my real hair for so long. And just losing, kind of myself and I lost my name. Not even my mom called me Mercedes. My friends didn’t call me Mercedes. They called me either The Boss or Sasha Banks.

“When I was at home I was really lost and confused. I looked at myself in the mirror and I just was not happy. This girl who was so obsessed with being a WWE superstar, it felt like her dream was coming to an end and it was everything I ever dreamt of as a kid anymore. I didn’t want to hate something that I’d loved my whole life, so I told myself I needed to take a break and walk away from it to find myself. To find out who Mercedes was. Cause at that point, all I knew was Sasha Banks.”

Banks would return in August of 2019 on the RAW brand.

She has been advertised for the July 16 episode of SmackDown from Houston, Texas, which will be the first SmackDown in front of a live crowd in 16 months.