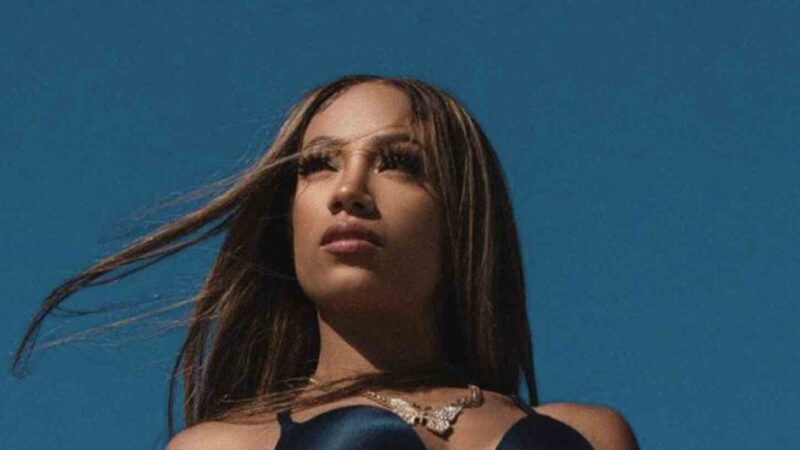 Sasha Banks or Mercedes Varnado, whatever you want to call her, has been amazing in the work she does between the ropes. She is a member of the Star Wars franchise and plays Khoska Reeves on the popular Star Wars show “The Mandolorian.” In an interview with Ahch-To Radio host Alden Diaz, the superstar said she was excited about how things panned out. She was elated that she was considered for the role and even got an opportunity to play the role.

Sasha says she looks up to Dwayne “The Rock” Johnson, a renowned name in the wrestling circuit, and the entertainment business. Banks said that you don’t usually see women making that switch, and if it happens it’s after they have retired. She called it her prime, and if she can do such things in her prime, then she will be able to pave a way for other women to follow. She said:

When I got the call for ‘Star Wars,’ I thought, wow I have the potential to be not only talked about in the same line of work [not only] with those guys in the wrestling realm but also in the Hollywood realm. You don’t see women come from that space to the Hollywood world. It’s usually when they’re retired or injured or something of that sorts. I’m at the top of my game, in my prime.

He’s the number one actor in the whole friggin’ world. He came from wrestling. He’s only been in wrestling for a short amount of time but his impact alone just tells you how hard of a work he put in. So when I look at people like him I’m just like ‘alright it’s time to one-it-up and do it for the women. I’m trying to do this for the women going forward that we can be in the same light, in the same talks as all of them.

Banks, alongside Naomi, left the WWE and the Women’s Tag Team Titles in May. The two haven’t returned to the company but are slated to join, according to the grapevine. Banks did dodge the question about her return and said, “Stay Tuned.”

It’s a clear indication that things will be different for the superstar when she returns. While she didn’t give an affirmation on her return, the ‘stay tuned’ phrase alone means a lot can happen, and WWE would be excited to have her back, as would the fans.

Do you think Sasha Banks and Naomi should return at Survivor Series to challenge the current women’s tag team champions Dakota Kai and Iyo Sky, or should they be a surprise for the Raw or SmackDown traditional women’s elimination match? Sound off in the comments.