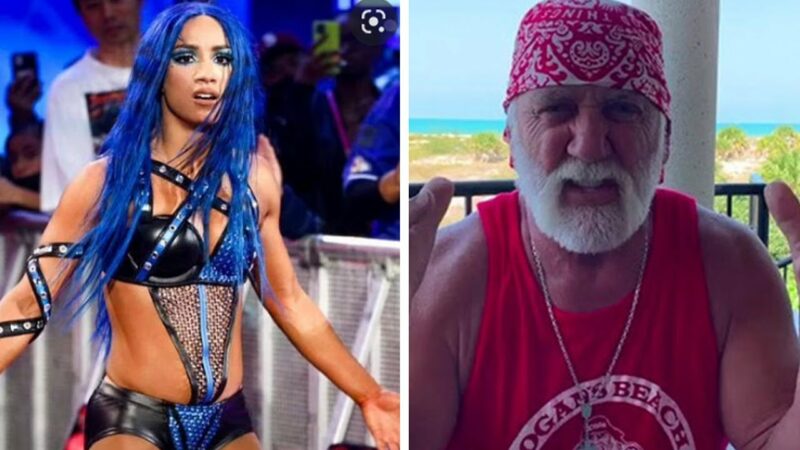 Sasha Banks is getting paid $30,000 for her C2E2 appearance in Chicago next month, which is comparable to what Sting is paid, FightfulSelect.com reports.

Ric Flair, Goldberg, Shawn Michaels, and Hulk Hogan are the only talent who are paid more for signings/appearances.

Sasha Banks has reportedly left WWE, and another star wants out too. NXT 2.0 star Roderick Strong is the last former Undisputed Era member remaining in the company. He is a part of Diamond Mine stable, but it has come to light that he is reportedly unhappy with a lot of things about his position in WWE. In May, it was reported that  Strong asked for his release from WWE. However, that request was denied. Strong seems to be stuck in limbo on the developmental brand. It has been noted that despite having a long time remaining on his contract, WWE has not been able to make the best of him.

Roderick Strong is not happy with his status

On the latest Wrestling Observer Radio, Dave Meltzer talked about Roderick Strong’s situation in WWE. Roddy was described as feeling ‘beaten down’ by his status in NXT. He’s still showing up, but he doesn’t want to be there.

“Roderick’s fantastic, but, you know, he’s pretty beaten down. I’m not talking about physically, I mean I’m talking about just the way he’s booked and everything like that. You know, and he’s asked to get out, he’s not allowed to get out. So, he’s in that weird state, you know, where he’s somewhere he doesn’t want to be basically.”

Roderick Strong is currently entaile in a storyline where there is some in-fighting within the Diamond Mine. Strong teamed with Damon Kemp to challenge The Creed Brothers for the NXT Tag Team Championships at the Great American Bash. After coming up short, the angle continued on this week’s show. His former Undisputed Era stablemates, Adam Cole, Kyle O’ Reilly and Bobby Fish have all made their way to AEW, and who knows, Strong might follow the same path someday.