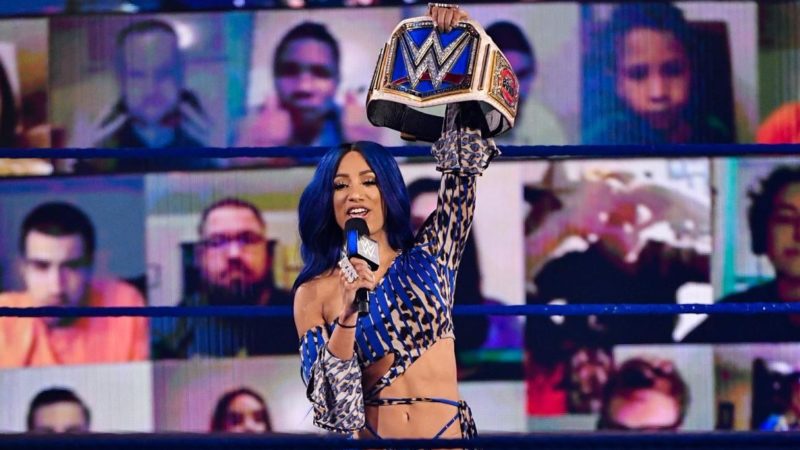 At Survivor Series, Sasha Banks will get another chance at Asuka. For brand supremacy, the RAW and SmackDown Women’s Champions will go to war one more time. The Boss is quite confident this time around, as we saw on SmackDown this week. At least, until Carmella laid her out again.

The SmackDown Women’s Champion spoke to Bleacher Report ahead of the latest PPV event and doubled down on herself. In fact, Sasha Banks claimed to be the real face of WWE.

“I’m not afraid to let people know that I’m better than Roman Reigns. I really am. I’m the face of SmackDown. I’m better than Drew McIntyre. I am. There are facts; you can look at the science and the numbers. I am the face of the company. I am the best and that’s just who I am. I’m a Legit Boss. I’m here to be the greatest, I’m here to make a legacy and I’m here to make so much history and create change and create magic, and I already know that I’m doing that right now.”

Sasha Banks went back to the Tribal Chief, stating that Roman Reigns is her real competition.

“I don’t watch NXT. I don’t watch RAW. But the only person I do see that gets more time than me is Roman. I’m not hating on it, but I’m just letting the company know that I need my time as well. That’s who I’m seeing. To me, that’s my competition.”

Sasha Banks will have a chance to show up Roman Reigns at Survivor Series. Her rematch with Asuka has the potential to steal the show from the Universal Champion, after all.