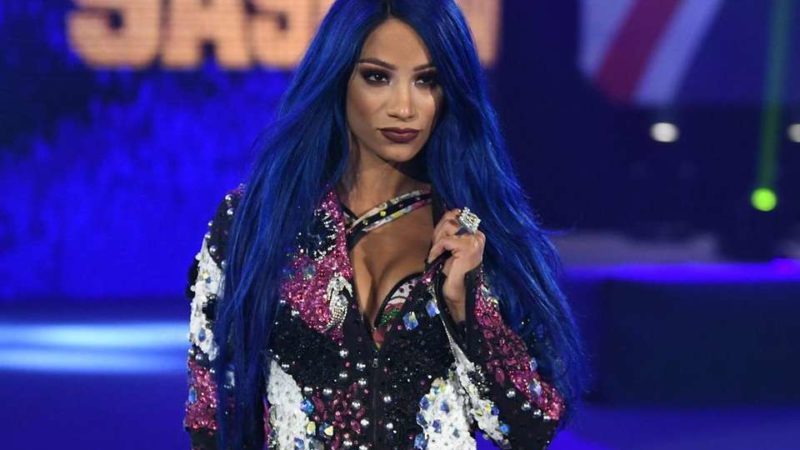 Sasha Banks has been the talk of WWE for a bit after she has arguably become one of the biggest stars to come out of the company in recent years as it pertains to her work in Hollywood and everything outside of the ring. With Sasha missing the most recent WWE live event, could it be possible that she is focused on the other avenues of her career? If so, this will be a huge blow to WWE as they are running out of juice with their stars and Sasha really helps to hold down the fort….Ric Flair Debuts In New Wrestling Promotion.

Sasha Banks recently missed a WWE live event along with her rival, Bianca Belair. As of now, there’s no news other than WWE stating that this was due to “unforeseen circumstances” which is truly a bit eerie and odd. WWE will usually state that a star has come down with a sickness or WWE will get as true to form as possible. There’s just something unsettling about “unforeseen circumstances” and the WWE Universe noticed this too as many were worried.

Thankfully, Sasha has put us and many others at ease as she took to Instagram to post a photo of herself. Now, while this still does not answer what happened, it at least lets us know that Sasha is safe and sound. We hope to see her and Bianca soon.