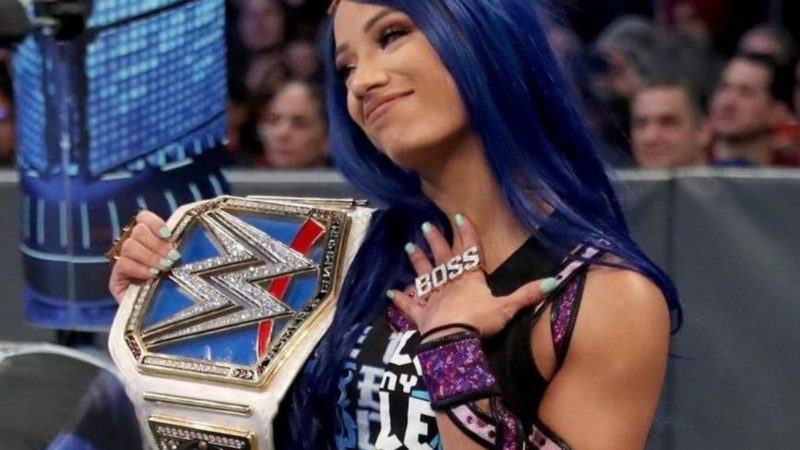 Professional wrestling veteran Dustin Rhodes, who used to be known as Goldust during his time in the company, left WWE as he was simply unsatisfied with his booking there.

Goldust was a household name during the Attitude Era and early 2000s, as his controversial character was something fans could never forget. Following his WWE departure, Dustin Rhodes made his way to AEW to join his brother Cody Rhodes.

His first match in AEW was against Cody Rhodes at Double Or Nothing 2019, which has a critical success and praised by fans and wrestlers alike. Rhodes is now a wrestler and also an in-ring trainer, training the stars of tomorrow in AEW.

However, there are a few WWE Superstars who certainly miss Dustin Rhodes not being there in the company anymore. One of them is Sasha Banks.

The Smackdown Women’s Champion recently took to Twitter and commented on a video posted by Dustin Rhodes. In the video, Rhodes could be seen showing several framed photographs of WWE Superstars and that included Bayley and Sasha Banks together as a tag team.

Sasha Baks commented on Dustin Rhodes’ video, saying that she misses her.

Banks is currently feuding with Carmella and is likely to face her at the Royal Rumble.